As wildcat00 brought to our attention in the 2016-2017 B1G schedule feature comments, Frogs O' War did a piece (a great one in my humble opinion) on if the Big 12 were characters from My Little Pony. Honestly, I loved it. Maybe it's because I willingly watch My Little Pony and openly admit to considering it the best animated show on-air right now. Sure there's Futurama, Simpsons and Family Guy that are popular with males in their late 20's to mid 30's. But, from an artist's viewpoint (I kinda consider myself an adept artist), My Little Pony is, from a technical standpoint, the BEST animation out right now that's not a full-length feature.

I could go on and on about MLP and what I view as it's awesomesauce.. but that's not why I'm posting. After admitting that I wished I had thought about comparing MLP characters to B1G programs, a few posters commented that I should flatter Frogs O' War with a mashup of my own, B1G style. With that said.. I'm going to try to be as objective as I can be, but know this: Wisconsin and Iowa may be trolled a bit. With zero regrets. Lets get this party started, shall we? 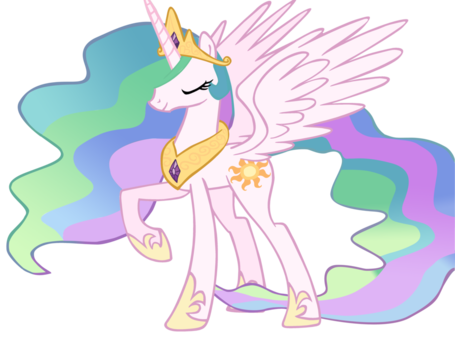 Princess Celestia runs things in the land of Equestria. She may not always be present or even is all-powerful as her title and position implies, but she's the one pony that the show seems to revolve around. Well, in terms of position and importance anyway. I can't say much here that hasn't been already said about her from the Texas comparison in the Big 12 article. She's big, powerful, and always commands attention when she's visible. Kinda like OSU, no? 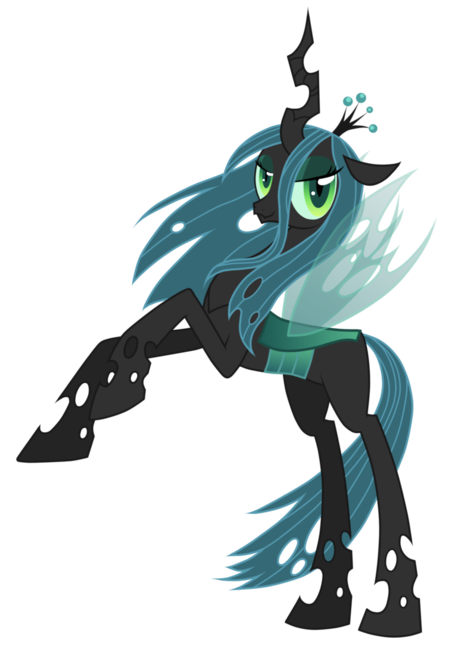 Queen Chrysalis is the best natural rival to Princess Celestia in the show. Although she doesn't show up until later in season 2, she's honestly the biggest threat to Celestia/Ohio State's reign, and in 2 episodes all but usurps her altogether. Given OSU's/scUM's records, these two ponies can be interchangeable, but for the sake of my personal views on the B1G, I'd give Ohio State the nod towards 'toppest dog of them all', thus leaving Michigan with Chrysalis. Which is really no insult, she's imposing and powerful. Her powers are feeding off one's emotions and is able to take the appearance of other ponies. 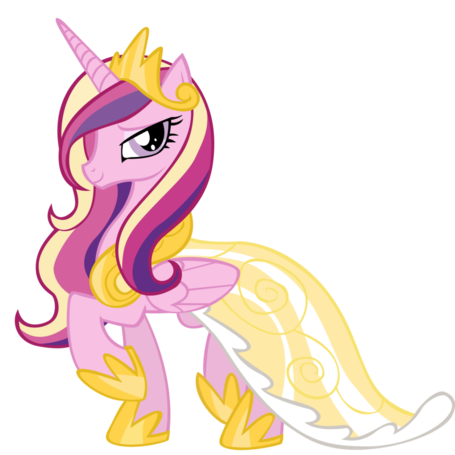 Princess Cadance is the pony that Queen Chrysalis initially takes appearance of to become one of the main protagonists during season 2. But lets be honest here, Princess Cadance, while officially Equestria royalty (niece of Princess Celestia and Princess Luna), she's not running the entire world (B1G conference) but only eventually the Crystal Empire (Leaders/East division???). With only a few Natty titles to her name, she's got a bit more to prove before she takes on the title of 'PowerHouse'. 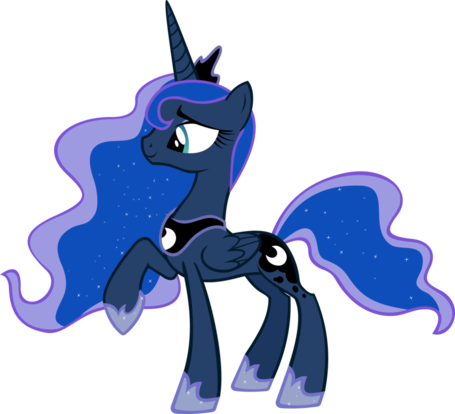 Princess Luna is the younger sibling to Princess Celestia. Now, I know you are asking, "Why does he put MSU in as the younger sibling to OSU instead of Michigan?" Simple; Lately MSU has been running their program with a lot of Ohio recruits. Now, with Princess Urban at the reigns of OSU, that is going to change, but humor me here.. (I only have certain amount of characters to work with.) Besides, Dantonio has been running his program very OSU-like. Which is why, my friends, I view MSU as Ohio State's younger sibling before I think of it as Michigan's. Princess Luna is very capable in her own rights.. She's in charge of raising the moon at night while Princess Celestia is in charge of raising the sun. Celestia gets all the glory, but Luna does just as much work. 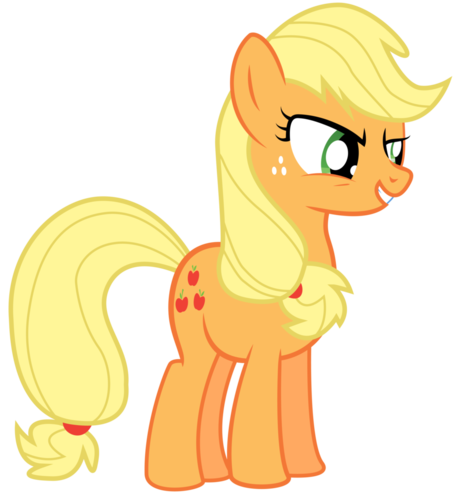 Apple Jack is actually one of the better (read: uncomplicated) characters in the show. She's always helpful, reliable and loyal. Her southern-belle accent and attitude gets her far in social settings, and she's one of the physically strongest of the main characters, if not THE strongest (brings a tree full of apples down in one kick, often clearing out an entire orchard before the adventure of the episode). Her faults? Pride and stubborness. And if Nebby were to have any faults, in my eyes, it would be pride. Honestly, this might be the best comparison in this entire article. 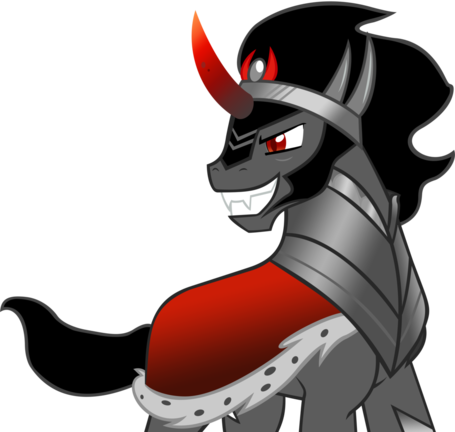 King Sombra is a giant jackass, simply put. Really, he's the typical bully, thinking he's all super powerful until a bunch of ponies come in and put him in his spot. He was banished to the Arctic North and eventually cursed the Crystal Kingdom. He was the first 'villian' of the show where I actually thought, "Man, what an effin' dick". Kinda poetic that Wisconsin reminds me of him. 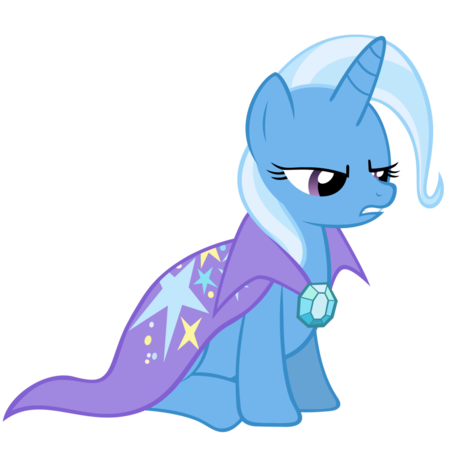 Trixie, or as she dubs herself, "The Great and Powerful" Trixie is a pompous magician who derives self-pleasure by attempting to embarrass other ponies. The only time she ever became a real threat was when she came across a magical trinket that gave her powerful abilities. But even that 'reign' was short lived as she was tricked herself into thinking she was getting an upgrade to her magical trinket, when really she was duped by the show's main characters. Basically, lots of boast, nearly zero bite. Hmm.. Sounds like our neighbors to the South.. 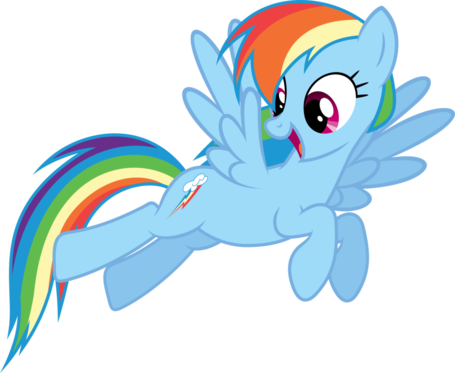 Rainbow Dash is a wildly popular pony, probably because of her brash bravado and high flying tricks. I compare her to Northwestern because recently, they've been on a roll and gaining momentum. Exciting to watch, she's one pony that many tend to keep their eyes on.. If they can keep up. And it may not be long before we won't be able to keep up with Northwestern. 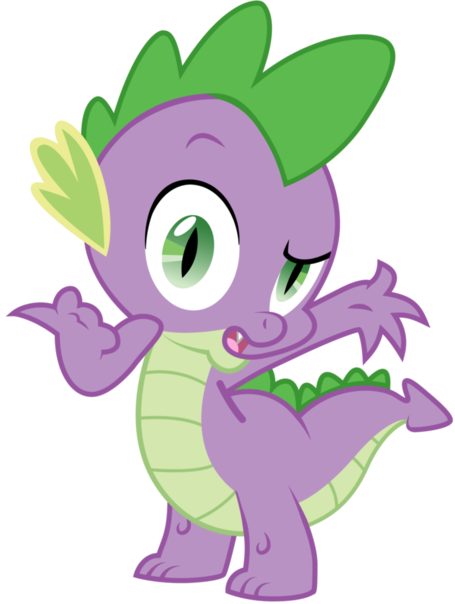 Spike is, in my opinion, the most crucial and under appreciated character in the show. He is responsible for being the 'courier' of sorts for all messages to and from our main pony characters and Princess Celestia. He's a dragon, and he is the sidekick to the show's main character, Twilight Sparkle. He handles the mundane and boring jobs around Ponyville and Equestria for the ponies, but in due time, he will become a giant, bad ass dragon. Until then, he just takes his lumps and keeps trucking. Oh, I was describing Spike the character, and it turned out our loved Minnesota Golden Gophers could also be interchangeable here. Under-appreciated now, feared in the future. 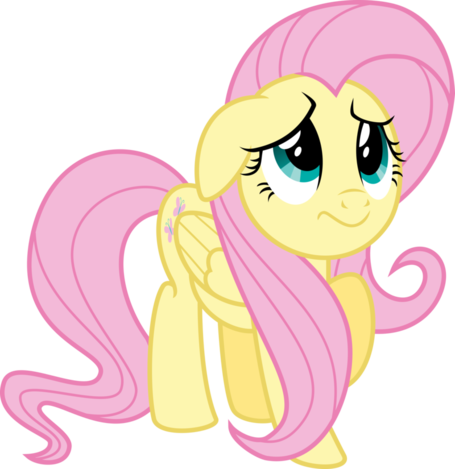 Fluttershy. Well, she's shy. Very non-discreet. Rarely is she ever forceful or assertive, but there was this one time she was, and she was mean. But that was just once. Awhile ago. Everyother time we see her, she's too busy playing with or taking care of woodland creatures to bother helping. Well, she eventually helps, but in her very own, special and fearful way. She's a pegasus, but is afraid of heights. That's all you really need to know about her. Yup, fits PurDON'T pretty nicely. 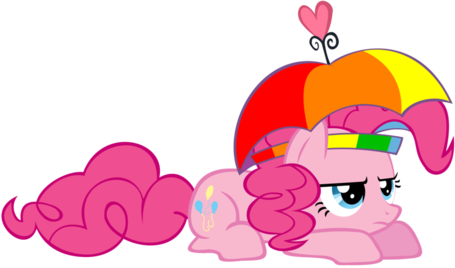 Pinkie Pie is either on LSDs for the entire show or has the worst case of ADD/ADHD I've ever seen. Nothing all that special about her, except that she's 'Special'. And hey, that's cool. She's a prankster of sorts and she does play some key roles in the show, despite almost always being the 'comic relieve'. But hey, if it weren't for Pinkie Pie, Spike wouldn't have gone Bowling last season, so no harm meant towards Illinois. Besides, Pinkie Pie's 'tail twitches' is just ONE of the reasons why she can't ever have nice things. That, and she's effing crazy. 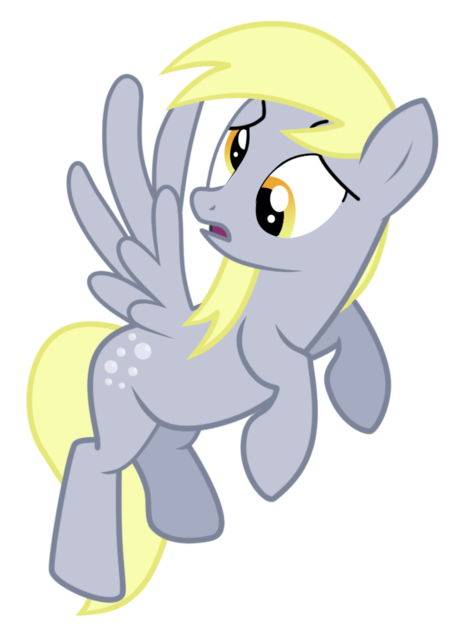 Need I say more? Derpy isn't a main character, but recently gotten speaking parts after two seasons, despite being in the show during season one. She bascially is DURP -=cough=-Indiana-=cough=-. Causing damage due to her -=gasp=- clumsiness. Even though her eyes are crossed, recently she's been portrayed as a 'normal' looking pony. As normal as a pony named Derpy can look, that is. Maybe one day she'll start to get a more prominent role in the show, but as of right now? She's DURP. Er, I mean Indiana. Sorry Hoosiers. No, really. I am.