There haven't been a whole lot of season preview posts up on TDG yet but I'd like to get that started. A year ago this was presumed to be an upgrade, and the voting confirmed that assumption with 96% of y'all voting it as such. As it turns out, MarQueis Gray had some early injury issues, Max Shortell was unsteady and then eventually Coach Kill threw us a change-up down in Madison inserting a true freshman as the team's new starting quarterback. What was expected to be a position of strength became a look towards the future.

Gone is one of the most talented and exciting Gophers we have seen in the last several years. MarQueis Gray was a physical specimen. He is large, athletic, fast, a good leader and great teammate. The problem was that he was never adequately developed as a quarterback and was a player without a position for much of his career.

Matt, back in his FBT days, wrote this about Gray and it is wholly accurate.

Has any Gopher in recent memory been jerked around as much as Q, yet didn't complain and gave everything he had to the program regardless?

He was moved around after wasting his redshirt freshman year and then saw offensive coach after offensive coach come through the doors. By the time Limegrover and Kill got to him he was entering his junior season and they had lost the precious early years to develop him. Gray was given the reigns to the offense in 2011 and 2012 but injuries slowed him and accuracy issues began to overshadow his play-making ability. The combination of the two eventually gave way to Kill deciding to give his true freshman a baptism by fire. Gray was one of my favorite Gophers and I have no doubt he will be very successful in whatever he chooses in the future. The NFL may be another frustration of being a talented individual without a position but he is a bright and engaging young man, he'll be just fine.

Back to Mr. Nelson. The young quarterback was recruited out of Mankato but was really a Madison, WI native at heart. He grew up in Madison, attending Badger games and dreaming of starting on Camp Randall's turf. He got that opportunity but not wearing the red and white uniform. Instead he was trying to beat the Badgers in his first every start as a college quarterback. Nelson started the final six Big Ten games helping the Gophers earn a bowl bid which he also started. 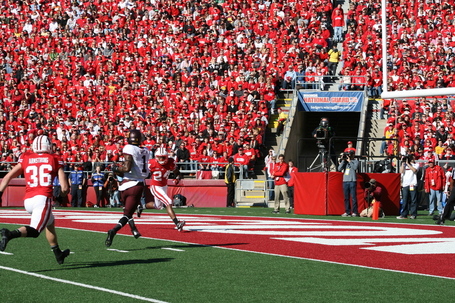 The results of the Nelson experiment were mixed. Nelson looked very good in a 44-28 win over Purdue. In that game he completed 68% of his passes for 246 yards and 3 touchdowns. But in other games he looked like a true freshman looking like the game was moving way too fast against superior Big Ten teams. Eventually the combination of Nelson and Gray at QB in the Meineke Car Care Bowl perfectly illustrated what needs to improve in order for the Gopher offense to take strides in 2013; accuracy. As Texas Tech was battling back in that bowl game, the Gophers had several opportunities to get critical first downs but whoever was throwing the ball struggled to hit open receivers and move the chains. There were glimpses of a bright future under Nelson but questions still need to be answered. Overall the offense was holding the 2012 Gophers back, the entire unit needs to be better and is starts with the man under center.

This brings me to the question...will this position be an upgrade over last year?

I have two major questions when it comes to our 2013 quarterback unit. What kind of improvement are we going to see from Philip Nelson, mostly in terms of accuracy and leadership. Secondly, do we have any depth beyond Nelson, is the season over if he goes down for any lengthy period of time?

Heading into the Gopher spring game there was one thing everyone was anxious to see, above all else. Would we see any noticeable improvement out of Nelson. Would his accuracy be better and would he have a command of the offense? It was just a spring game, which is nowhere near the level of intensity and speed as a regular season game, but Nelson graded out very well.

If accuracy was your concern Nelson came out and vanquished those early fears by completing all 10 of his first 10 passes, finishing 13/17 with 179 yards. Again I'll caveat that this was a spring game, but the fact is Nelson was hitting open receivers and they were moving the chains. This is by no means THE answer to the accuracy question. This is still a long ways from real competition and hovering around 50% completion percentage is still very possible. But the point is that he did about all that he could do. He took steps forward and he got better. He needs to do this again between that spring game and the UNLV game in 49 days.

Leadership is much harder to quantify but all signs point to him doing the things that a quarterback needs to do in the offeseason. Having gone through half of the season, a bowl game and a full off-season with Nelson as the guy leading the huddle, I would imagine that he has the respect of his offense. Whether he has the intangibles to lead them to wins is something we'll find out this fall.

But what happens if Nelson is forced to miss time for any reason? The transfer of Max Shortell leaves the depth at quarterback scarily thin. Combined starts for all quarterbacks on the roster not named Philip Nelson is zero. Combined games participated in also equals zero. The likely back-up will be Mitch Leidner, a redshirt freshman out of Lakeville. Leidner looked fine in the Spring Game, which is the only thing we have to go on with him, passing for 136 yards, 2 touchdowns and completed 10/18 passes. But his readiness for Big Ten play is certainly questionable. This from Chip Scoggins profile on Nelson.

Nelson's résumé is still fairly limited so he must earn his starting job in fall camp. Kill's staff is not just going to hand it to him. The coaches praised redshirt freshman Mitch Leidner throughout spring practice and that competition will resume in early August. And if the revolving door at QB last season proved anything, the Gophers know they will probably need both quarterbacks at some point.

Leidner has good size at 6-4, he showed that he is capable of hitting receivers and showed pretty good mobility in the spring game. He should be at least ahead of where Nelson was at this point a year ago and having had a full season to learn the offense he should be a capable backup who would be prone to more mistakes than a more experienced one. Is the season lost if Nelson goes down? Not likely but more reliance on the defense and running game will be required.

After Leidner it will likely be either redshirt sophomore Dexter Foreman or true freshman Chris Streveler. My prediction would be Streveler if we are pushed into a decision but allowing him to redshirt is the obvious best scenario. He has been with the team all spring so he won't be coming into fall camp completely green and Kill is 2 for 2 when it comes to playing true freshmen in his first two seasons. Hopefully Nelson remains healthy and we won't have to worry about any of this.

Ideal scenario for the Gopher offense is that Nelson is healthy for all 13 games, he ups his completion percentage to around 60%, more touchdowns than interceptions and he develops into a team leader that the coaching staff can trust to move the team downfield when it matters most. I'm not expecting 3,000 yards and 30 touchdowns. But simply improvement and minimized mistakes. Is that enough for this to be an upgrade?

Last year the quarterbacks combined for 2,203 yards, 19 TDs, 15 INTs and 53% completions. Will Nelson surpass those numbers?