Share All sharing options for: Golden Nugz 8.1.13 - The Month Where College Football Starts Is Finally Here

(NOTE: This is the new #QBGAZE announcement GIF. Use as appropriate.)

- Oh goody! Look what is back!

There's a good chance the Gophers could open the season with two quarterbacks.

To those who watched last December's 34-31 loss to Texas Tech in the Meineke Car Care Bowl, the strategy won't be unfamilar. Philip Nelson started that game, but MarQueis Gray rotated in and out to give the defense a different challenge.

With Gray gone, redshirt freshman Mitch Leidner would gets snaps behind Nelson. Both will get first-team reps when fall camp opens Friday.

"You don't want your starter getting hit all the time," coach Jerry Kill said at his pre-camp news conference Tuesday. "If there's a deal where you can sprinkle somebody in there, then that helps you later on down the road."

- Despite the unnecessary hand-wringing, Mankato Jesus is coming into camp with confidence.

- The Daily has a great little profile on Brock Vereen, who is emerging as a leader for the Gophers.

- The Daily looks at Kill's "3rd Year Magic" and what that could mean for this year's squad. I'm glad to see that he's got leaders like Vereen buying in:

"Our expectation is a Big Ten championship," said senior safety Brock Vereen. "I think anything less than that and you’re selling yourself short."

Is that realistic? No. Is it good that it's the goal? Hell yes!

- INJURY UPDATES via Joe C. Summary? Pirsig is the biggest question, Roland Johnson is good to go, and Chris Wipson is ok. In linebacker knews, Kill is saying Jack Lynn and Damien Wilson will continue to battle for the starting MLB spot.

- Speaking of linebackers, Tyler Mason explains why everyone should keep an eye on Aaron Hill this year.

A name that kept coming up: senior linebacker Aaron Hill, whom Kill raved about Tuesday as a leader not only on defense but for the entire team entering the 2013 season.

"I would tell you our strongest leader on the defensive side of the football has done a great job with our players this summer is in our linebacking crew," Kill said. "Aaron Hill's done a great job. We expect great things. I think Aaron's going to have a tremendous year. We're excited about him."

- Tuesday Presser Wrapup: In case you still need to catch up on Tuesday's presser, GopherHole had a full recap and GopherSports has the video highlights:

- Optimus Prime likes the focus he and other CFB defensive stars are receiving. Also, a belated happy birthday to Ra'Shede (found out thanks to Amelia's twitter):

- Isaac Fruechte is ready for a larger role in the passing game. He's not the only one, as Phil Nelson and others expect the receiving core to rise to the occasion. All that said, Nate Sandell breaks down why there are still questions.

- Victor Keise is no longer part of the O'Bannon lawsuit against the NCAA.

- Gopher Football has a Facebook gallery of shots from Coach Kill's trip to ESPN yesterday.

- Sid is saying the New Mexico State game has no chance of being on TV. This random NM dude on Twitter disagrees.

@Sports_Realist @GopherFootball - Aggie Vision can also be seen on ESPN 3.

@Sports_Realist @GopherFootball - NMSU will distribute the game for free to any of your locals stations. Also, Aggie Vision isn't worthless.

@GopherFootball - If you have direct TV, or Dish Fox Sports Arizona, Altitude, and CSN Houston will have the game.

I'm going with the random Twitter guy for now.

- GNOME LOVE: There is a poster over at GopherHole named highwayman who has been chronicling the adventures of his Gopher gnome, who he has named Gophie. I'm a big fan of this idea and will likely bring do the same for my trips with one of my gnomes, Goldstruck. In the meantime, I'll be sure to link to any new Gophie posts that come up in the future. =)

- Trevor Mbakwe has signed with Virtus Roma. I was really hoping he'd make it onto an NBA squad. But still, congrats to Trevor and good luck in Italy!

- Forgot to post this previously, but From The Barn has a Google Maps look at just Where in the World is Richard Pitino. Seriously, the guy has been on a recruiting tear.

- In response, DWG looked at all the top level talent Coach Pitino has offered in his short time at MN. He also gives his breakdown of the non-con schedule.

- Vintage Minnesota Hockey (a great site you should definitely check out) has a complete review of every Gopher Hockey jersey used from 1922-today. It's pretty cool!

- BTN has been collecting the schedule posters for all the B1G teams. My faves besides MN are MSU and Purdue. 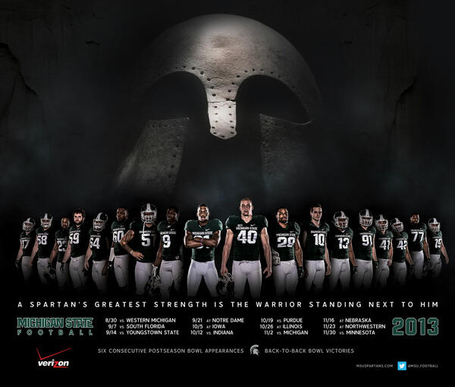 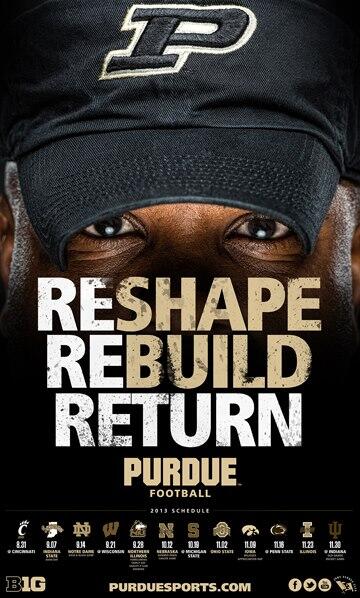 - I can't get enough of trick shots videos. These Purdue players come up with some original (well, more original than usual) stuff in theirs.

- Rutgers continues to do right by Eric LeGrand, as they will retire his number this season. In a neat twist:

Flood said LeGrand's number will be unretired when he walks again and that it will be a significant/special number from that point forward.

- Twitter's CEO commits a recruiting violation and serves as a reminder to everyone. DO. NOT. TWEET. AT. RECRUITS. You're a booster under NCAA rules plus it's creepy.

- Johnny Football's family did an ESPN piece. Everyone outside of A&M fans seems to think they didn't come off looking to good. My thoughts are summed up at OTE.

- Do you like the statsy stuff Matt putts out? Then you should consider buying the new book SBN's own Bill Connelly (of Football Study Hall) wrote.

- EA Sports lost one of it's court battles vs. former players (not the O'Bannon case). This could be bad for the NCAA.

- As long as we're talking EA Sports, SB Nation's Miami (FL) blog had a conversation with one of the EA Sports folks behind NCAA FB 2014.

- IF YOU READ ONE UNIFORM LINK THIS YEAR IT SHOULD BE THIS ONE. The folks at ESPN give us an in depth look at the company who makes almost all of the unique helmets in college football. Seriously, it's a really neat story if you like uniform stuff.

- Um Oregon? Your new football center? Just...wow. Seriously, click the link to get all the photos. Ok, we need to find our own Phil Knight ASAP:

- Every goal the US Men's National Team scored during the Gold Cup set to an appropriate musical number:

Also, bonus GIF where the real life events were flipped to create a jack in the box Jürgen Klinsmann.

- Twins have new All-Star game logo for next season. It's...ok? I don't hate it. 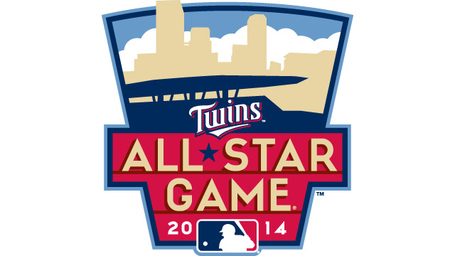 - Fox Sports Detroit makes the dreams of many baseball fans come true by airing a Tigers game without announcers on one of the alternate sports channels.

AND LAST BUT NOT LEAST THE MOST IMPORTANT LINK OF THEM ALL!!!!

The Fringe Bowl Team Blog is back!