Minnesota Football: Meme Madness - One Name To Rule Them All

Should Maryland-I be replaced and if so, by what?

Share All sharing options for: Minnesota Football: Meme Madness - One Name To Rule Them All

The Maryland-I. It's a powerful formation. We here at TDG love it. But as the only BCS team we know of currently looking to use the formation with any frequency, many of you have pointed out that perhaps a better name could be found. Something that removes the moniker of our broke-ass conference mates to be and replaces it with something more Minnesotan in nature. There were no shortage of ideas...the Lake Wobegon-I. The I of 10,000 Lakes. Who could forget the WE HATE I-OWA. But none of them seemed to capture the imagination.

And so from those well intentioned but subpar submissions, we've culled 3 new choices fit to take on the original.

Minnesota-I: State replacing state. Simple, concise, can also be represented by a symbol like this: 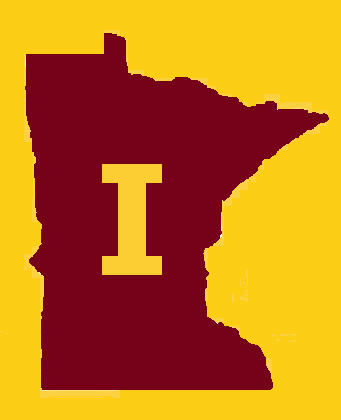 Actually, you could probably use this symbol for any of the Minnesota themed choices, but since I've already inserted it I'll keep it here.

Golden-I: A late entrant that arose as part of the Meme Madness submissions. Creative and unique, it won the approval of many with it's callback to the best game from Nintendo 64.

Gopher-I: A call to our state and university's heritage and brings Goldy into the mix.

But for some, the original is always the best.

Maryland-I: The old standard for traditionalists and turtle lovers.

You've seen the submissions, so now it's time to vote!

NOTE: Voting will remain open until 11:59pm on Thursday night and the winner will be announced on Friday.