Share All sharing options for: Golden Nugz - 8.7.13 - Gopher Football? The Lunch Links Have More Than Just That...

Why can't the season be here already?

- Whatever happens at QB, both Phillip Nelson and Mitch Leidner have said they trust the young wide receiver core.

- Coach Kill is happy with how key players have recovered from off-season knee surgeries.

- Speaking of Roland Johnson, Joe C takes a look at how his return will improve the defensive line. The secondary also has some lofty turnover goals:

The Gophers defense produced 20 turnovers in 13 games last year, tying Michigan State for seventh most in the Big Ten. This year, the Gophers have a goal of creating 20 turnovers, just from the defensive backfield.

Sophomore cornerback Eric Murray said the coaching staff has shown the team statistics showing how turnovers correlate to wins; defenses that create the most typically win the most.

"I feel like my ball-hawking skills and my breaks are a lot faster, so I feel like this year, I’m going to have a lot of interceptions," Thompson said. "Now that I get the defense, and it’s like in the back of my hand, now I can react to the ball faster."

- If early reports are to be believed, the athleticism of the defensive backfield might not make that goal as far fetched as you might believe.

- Fuller talks to Josh Campion, who has had to overcome quite a bit to fulfill his dream of playing for the Gophers. According to Jon Christenson, tackle Josh Campion is a the leader of the O-Line. That last link has other notes from Tuesday's practice as well.

- Damien Wilson is working to be the Gophers man in the middle.

- Optimus Prime comes in at #15 on the WWL Blogs list of B1G players.

- Bennett over at the WWL Blog has his analysis of the Gophers schedule.

- I meant to touch on this on Monday, but I ran out of time. For those who aren't aware, the tailgating situation for the UNLV game will not be a normal one. The Saint Paul lots will not be open for tailgating at all because of the fair (and the shuttles won't be running in case you were thinking of trying it anyway) and season parking pass holders for that lot will receive passes for the Washington Avenue Ramp instead. Additionally, tailgating will begin 4 hours before the game instead of the 6 hours everyone expected. This has led many Gopher fans to be displeased.

My take? The whole thing was poorly handled. If there was even a chance the STP lots weren't going to be open that should have been communicated to season ticket holders prior to the renewal process. If it was something they had no idea about until after renewals, it should have been communicated immediately upon becoming final. Instead, Gopher STH found out about it in the Game Day Guide that came with their tickets.

The same holds true for the tailgating hours. Fans found out about the change via the Game Day Guide, which didn't even include the newest info (said 3 hours when a change had been made to 4 hours already). This is something that could and should have been proactively communicated.

All of that said, I'm not going to completely savage the U over this or make assumptions that this is a sign of horrible decisions to come under Teague. While it appears that his current thought is that this is how the openers will look in the future...

@stp_highlander 4hoir, and it probably will not change in future years for this Thursday slot;we pressed hard on parking and the fair 4 this

...there is always a chance for improvement and I'm willing to give him the chance to make that happen. Other B1G schools have recognized the importance of maintaining a gameday atmosphere for Thurs/Fri season openers (looking at you Michigan State), even when it inconveniences students, staff, and faculty. There is no reason the U can't do the same.

As I've mentioned before, I intend to touch on the wider gameday atmosphere issues/opportunities in more depth and I'll save discussion of where this game fits into the wider picture for a later day. In the meantime, I urge folks to keep a sense of perspective, recognize that this is one game, and to not let it get in the way of your excitement for the season.

- The Daily looks at MarQueis Gray and his move to TE with the 49'ers.

- The Daily profiles U alum Antwan "Luv" Harris and the impact he's had on all levels of Minnesota basketball as the coach of the Howard Pulley AAU team.

- Four Gophers survived the camp cuts and are still part of the USA Hockey Juniors team.

The remaining players representing the Maroon and Gold are Michael Brodzinski (Blaine), Taylor Cammarata (Plymouth), Hudson Fasching (Burnsville), and Brady Skjei (Lakeville). Skjei is the only member of the five that skated for Lucia last season at Minnesota. The rest are all incoming freshmen that are expected to contribute immediately for the Gophers.

- The STrib takes a look at this year's Gopher volleyball team.

- MSU football player helps save a gunshot victim. Also, East Lansing is a place where football players can live in neighborboods where people get shot?

- New UW head coach Gary Anderson had a novel way to reach his players over the summer.

- WHO HATES IOWA? It appears the owners of the Iowa City Press-Citizen do, as there are reports that they are outsourcing coverage of the Hawkeyes to the Des Moines paper. If true, BWAHAHAHAHAHAHA!

- HOT SEAT WATCH! Putting Kirk on here is just silly, especially when you downplay the money angle without noting just how out of hand the buyout money still is for Iowa.

- Ever wonder what scholarship letters look like from different college teams? There is quite a variety out there. My fave for ridiculousness? Arizona, where your scholly letter doubles as a diploma.

- Iowa State will wear throwbacks for their game against Iowa this year. 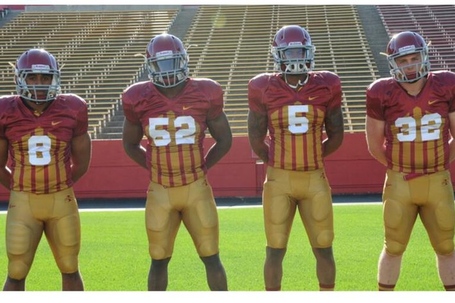 - Adidas and Notre Dame didn't screw up their one off unis as badly this season.

- Illinois has a pretty unique campaign planned to get folks to show up for their Soldier Field game against Washington.

- Wilf is a bit of a cheat. Not a complete surprise given that he's a real estate mogul, but still.

- Clint Dempsey moved to the MLS. Here's some behind the scenes details of how that went down.

- Really neat NBC Sports video that looks at how important making the Premiership is to fans of lesser clubs.

- NBC Sports is going all out on NYC Premiership ads and they're pretty well done. 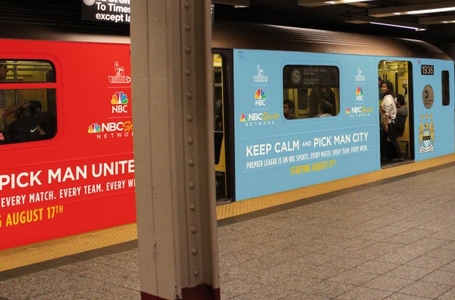 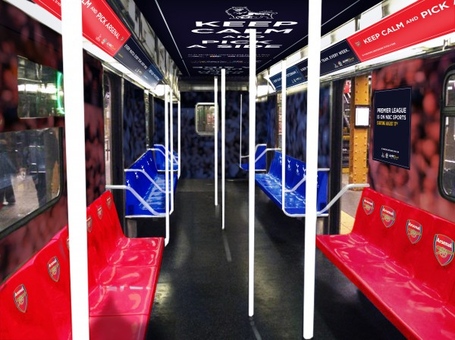 - High school coach gets (sort of) profanely creative and is now suspended.

- DO NOT LOOK AT IF YOU FEAR SPIDERS. Everyone else, here are cool looking spider photos.

- Oh yea, we're getting real eclectic in the Smorgasbord today. The history nerd in me found this site very interesting.

- THIS NEEDS TO BECOME A REAL THING THAT I CAN PURCHASE.