Our Big Ten brethren just make it too easy for the gnomes sometimes.

Share All sharing options for: Big Ten Football: What's the B1G Deal - Wisconsin Got Screwed And The Gnomes Don't Care

So how did the Big Ten do last weekend?

To which the gnomes can only reply:

It's a good thing this column is based upon the love of snark. So...before we dive into why Wisconsin's loss to ASU is HILARIOUS, let me explain the late gnomes. 1) Work happened. 2) It's National Talk Like A Pirate Day and the gnomes love NTLAPD (seriously, check the time stamp. It still be NTLAPD for a wee bit there mateys). What the gnomes want, the gnomes get. ARGGGGGGGHHHHHHHHHHH! And yes I know Archer doesn't have anything to do with pirates but I've been wanting to use that clip for a bit so just deal.

The upstart buccaneers at Illinois were unable to withstand the attacks of a superior foe. Not surprising given the fact that Washington has a formidable naval presence... 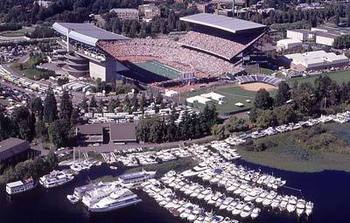 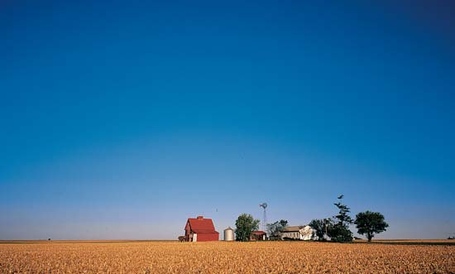 The Champaign Room doesn't want orange and blue clad scallywags to let down their guard though:

Make no mistake, I'm happy with the results we've seen three weeks into the season, but as I wrote last week, the expectations have changed. At first I just wanted two or three wins and to see some fight in this team. It's not October yet and those goals have basically been accomplished.

Now I want to see this team fight for a bowl game.

Good on you Illinois fans. The gnomes would like to give you the Treasure Map award as you hunt for a way out of the wilderness. 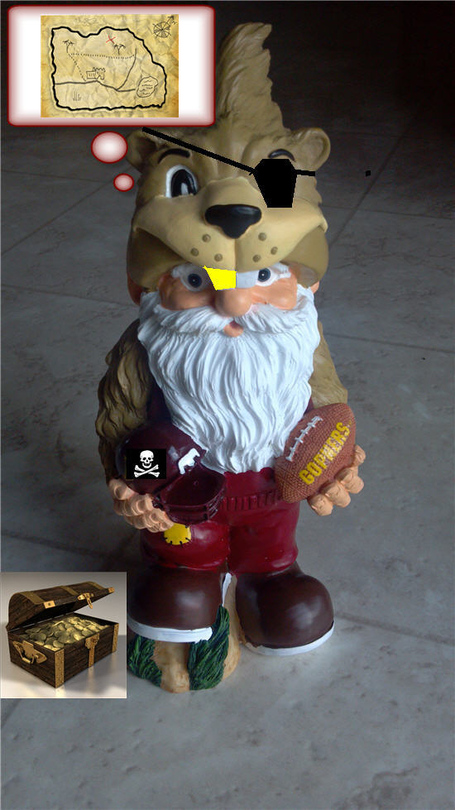 Up next? BATTLE WITH THE BYE

It's no surprise that Indiana has sailed to such big leads in both of their wins. They are captained by a man who served aboard the Sooner Schooner after all.  Indiana may have laid waste to their underpowered opponent, but not before allowing Bowling Green to plunder their punter for 6 points.

Now there be some shameful piratin'.

The Crimson Quarry is pleased with how the defense played:

You've got to feel really good about Indiana's defensive performance. They went up against a decent, but not great spread offense and were quite effective. Nick Mangieri had a hell of a game at DE getting a crazy interception in the third quarter to go with a sack. Tim Bennett and Michael Hunter also deserve individual props. Both of those guys were quite good in coverage. They each had 7 passes defended against some bigger and more physical receivers.

Let's just say the gnomes are too concerned about that D just yet.

Up next? Mizzou sails into Bloomington. 7PM on BTN.

The gnomes are very disappointed with the lack of an Iowa State win. Yes, Iowa had the game will in hand and then let the Cyclones back into it. But they are Cyclones! They should swamp Captain Kirk's barely seaworthy program with wind and such.

That said, some Iowa State fans got into the pirate spirit and did a little plundering of their own:

I suppose the good news is that we saw a lot of the things that have been painfully recurring motifs in loss after loss after loss under Ferentz -- but still managed to win.  That's good, right?

An offense that can't pick up a first down late and run out the clock?  Check.

But for all that... Iowa still won the game.

Crappy performance? Allowed themselves to be plundered? The pirate gnomes are ashamed to in the same fleet at Captain Kirk's band of misfits. And so, they award Iowa the Terrible Horrible Smelly Pirate award. 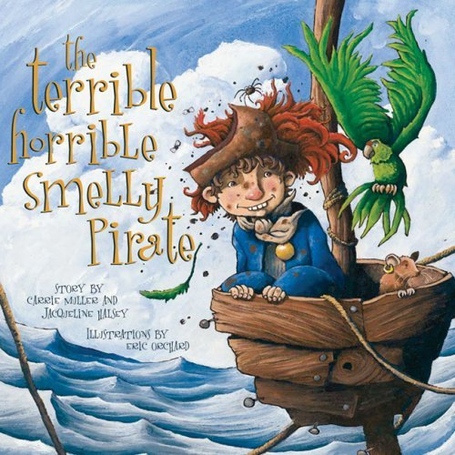 Up next? Iowa looks to send Western Michigan down into Davey Jone's Pink Locker room with a loss. 11AM on BTN.

What kind of landlubber is running this ship? YOU NEARLY RAN AGROUND ON A WORTHLESS SPEC LAND CALLED AKRON. THEIR HELMET DESIGN MAKES YOU WANT TO WEAR TWO EYEPATCHES. 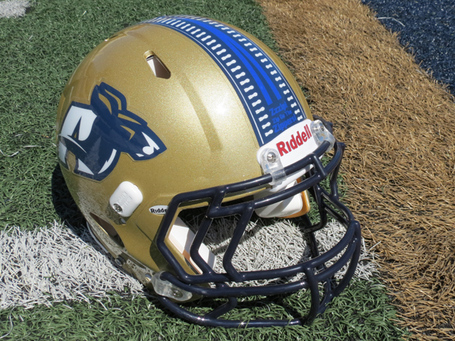 Your eyes do not deceive you matey. There be a zipper running down the center of the helmets. The gnomes are with Captain Cartman in saying, DA FUCK? 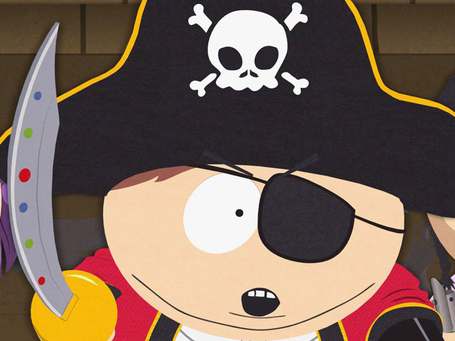 Now that we're done with the good news...

The gnomes and I would have gone with this GIF and only this GIF as our response to that disgrace:

Up next? Michigan travels to Storrs, where the plundering should be easy indeed. 7PM on ABC.

Well look who finally figured out how to fire a cannon and go on the offense. Sure, you had to board and sink her majesty's finest FCS dinghy to do it, but the Youngstown State game proved that MSU does at least some offensive ability. The Only Colors is excited because they have a QB who may finally be ready to lead them in battle:

MSU had gone nine straight games scoring 26 points or fewer, and they end up tying the record in the Dantonio era with a 55-17 win against Youngstown State. Connor Cook got the start and the backing of the coaches, and he took that and ran with it (but mostly passed).

Everything went right. The blocking was there, the running game was there, the receivers were running great routes, getting open and holding onto the ball, Cook was (mostly) making good throws and the play-calling was great.

Yes, it was against an FCS opponent. But MSU couldn't move the ball against teams that lost to FCS opponents. Cook isn't suddenly the answer and MSU won't average 35 points from here on out, but it was a step forward and a confidence-builder, something MSU hasn't has in almost a calendar year.

No snark. Take whatever booty you acquired from YSU and go patch the holes in your offense before they sink your ehip.

Up next? Time to plunder the gold from the dome in South Bend. Filthy papists, always trying to convert good pirates. 2:30PM on ABC.

ABANDON SHIP! The gnomes aren't sure what else to say. Thankfully for everyone's entertainment, Bo Pelini doesn't have that problem:

"If he feels that way, so be it. We don't need him." -- Bo Pelini on weekend tweet by Tommie Frazier.

Even the Tortuga gnomes have more sense that that Bo. Don't worry, it's not like you cussed out your own fans.

All of that is just the prelude to Pelini's message for the Huskers' fans: "It took everything in my power to not say, 'Fuck you, fans. Fuck all of you.' Fuck 'em." After Sharpe says a lot of students had left at halftime, the woman starts to say that people did return to their seats. Pelini interjects: "Our crowd. What a bunch of fucking fair-weather fucking-they can all kiss my ass out the fucking door. 'Cause the day is fucking coming now. We'll see what they can do when I'm fucking gone. I'm so fucking pissed off."

Just still some cursed gold and live a damned life. Or keep saying silly things and get fired for having no defense. The gnomes suspect the former sounds preferable to Bo right now. Corn Nation? Well, Kevin Cosgrove's name was used. That's never a good sign.

There are numerous analogues to 2007 through Nebraska's first three games of 2013. 2007 was the year of the historically bad season under Kevin Cosgrove, the defense against which all other bad defenses are compared. 2007 was also the year that saw Bill Callahan fired.

Up next? More pain and suffering. Also, South Dakota State. 2:30PM on BTN.

A defeat of an unworthy foe. Sippin' On Purple will take it ever if Northwestern didn't leave WMU for dead with a hulking wreck of a ship (like the original plan):

No, Northwestern did not cover the spread. They could have won by more. Butthey won by three touchdowns, and didn't seem to assess any injuries with the real games a few weeks ahead. I think that's okay.

And we did better than Michigan State did, so there you go.

For looking shaky against an underwhelming opponent, the gnomes award Northwestern the Shiver Me Timbers award: 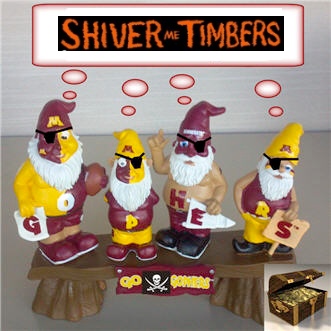 Up next? Captain Fitz goes bear hunting as Maine stops by Evanston. 2:30PM on ESPNU.

This was Ohio State's first pass of the game:

And this is what Berkley looked like once Urban's dastardly crew was finished with it:

Someone needs to teach Cal how to say "parlay."  Land Grant Holy Land revels in the victory:

The fourth quarter brought plenty of action, but it seemed like the Buckeyes were fine with running the ball and the clock to close out the game and leave California with a victory.

Up next? Something called Florida A&M. That just seems like a pirate school. 11AM on BTN.

Pirates don't lose to knights Penn State. That is all.

UCF head coach George O'Leary, with his arms folded across his chest as if he was bored, watched QB Blake Bortles lead the Knights up and down the field. The end zone was the only thing that stopped them. Bortles threw for 288 yards and 3 TDs, completing 74% of his passes. Storm Johnson ran 17 times for 117 yards. Four UCF backs averaged 4.0 yards per carry, with someone named Jeff Godfrey taking the prize at a cool 3 carries for 50 yards - 16.7 ypc. Godfrey could have done better, if he hadn't tackled himself at the PSU 30 yard line.

Up next? Kent State comes in to Happy Valley to make everyone feel better. 2:30PM on BTN.

This is what happens when you try to find Purdue with a compass...

"Purdue does not exist" jokes never get tired for the gnomes. Anyway, Purdue didn't ripped apart by Notre Dame like the gnomes expected. Good for you Purdue! Hammer and Rails still isn't happy though:

It wasn't The Fumble. It wasn't last year's Ohio State game. It wasn't 2009 Notre Dame, 2012 against Kansas in basketball, or any of dozens of other losses where defeat was snapped from the jaws of victory.

No, it was last night, where Purdue not just surprising many across the country by being competitive against a team that was undefeated last regular season, but the Boilermakers were actually the better team for three quarters.

Wait, wha? What craziness is this?

Stop feeling bad for yourself Purdue fans. You've moved up in the world. You are now the college football equivalent of Veggie Tales Pirates. 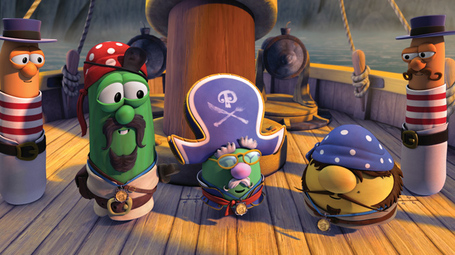 Up next? A trip to Wisconsin. Good luck with that Purdue. 2:30PM on ABC.

Seriously you guys! I mean....ALL OF THE SCHADENFREUDE BOOTY!

I don't even know what to say. The only thing that would be better than what happened is if this kind of loss came against the Gophers. I think we might all die of happiness on the spot though.

Nope, still not tired of it yet. Poor Bucky's 5th Quarter:

Up next? The Spinning Compass heads to Camp Randall. 2:30PM on ABC