Hawkeye hoarding is a mental disorder marked by an obsessive need to acquire and keep things, even if the items are worthless, hazardous, or unsanitary. Thousands are Hawkeye hoarders. This is their story.

"Things just got out of hand. We couldn't keep up."

These are the words muttered by people with a compulsive need to jam their house with trinkets and other useless junk as a lever of control amidst painful emotional stresses that claw at their feckless daily existences. 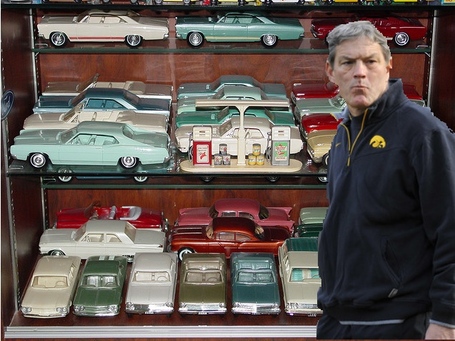 Their collection of things gives them a false sense of comfort, attaching irrational sentimental value to worthless objects and replacing human relationships with an emotional bond with their stuff. 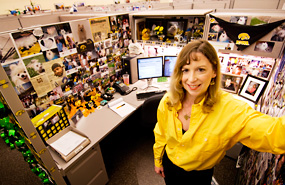 They find excuses to dumpster dive and bring home other people's trash, a distorted sense of what things are worth forcing them to justify - in vein - their reprehensible and self destructive actions. 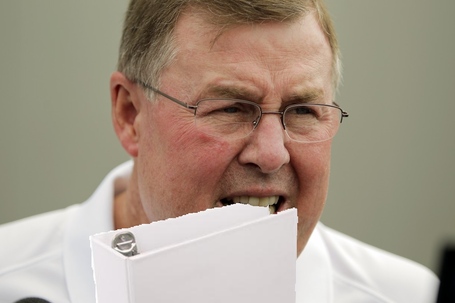 Worse yet, their selfish actions and compulsive collecting often get passed on to those closest to them, covered in dust, trash and often times, animal feces. 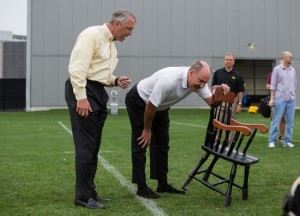 A product of repressed pain, they will turn their dwelling spaces into a living embodiment of the one aspect of life they feel they have control over. 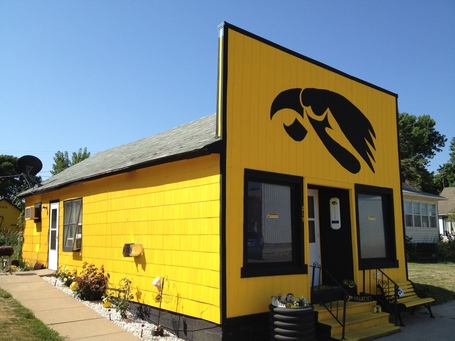 Their house is now a fire hazard, and in danger of getting condemned by the city. They are Hawkeyes: buried alive.

Like actual hoarders, Iowa fans are incredibly defensive regarding their belongings.

Iowa fans are hoarders. Yes, some of them may actually be hoarders in the clinical sense; I will choose not to demean those individuals and their families for what is a private and likely painful situation.

Neigh, Hawkeyes are emotional hoarders, clinging to every scrap and shred of warming positivity with such compulsiveness that it results in what would otherwise be classified as exceptionally irrational behavior. They were so afraid their corn-fed false idol would leave them for the NFL that they quickly inked him to a contract more befitting of national championship winning coaches, opposed to a man that still hasn't gone to the Rose Bowl. Now, those 18 million stacks of paper filling Kirk Ferentz's Iowa residence are an incendiary threat to the program's short and medium term future. But hey, at least you got another Orange Bowl out of the whole deal.

Like actual hoarders, Iowa fans are incredibly defensive regarding their belongings. They circle the wagons better than most everyone, yet in a self-loathing manner. No one can claim their things aren't valuable except them. And yet, they seem to explicitly comprehend they have to change their ways, or else the whole house will collapse onto itself.

Ferentz himself is guilty of a hoarder's mentality. He once had the Midas Touch, turning lead walk-on tight ends into NFL Draft gold. He built an army out of scraps and unearthed gems, leading to program resurgence and a fat payday for himself. He still tries to turn trash into treasure, with predictably horrible results. He's also made it clear he intends to not seek out things most people would find valuable or worthy of pursuit.

A distinction is required here. The Hawkeye House is not in danger of collapsing due to the weight of unrealized expectations. No, the Iowa psyche is more fragile. Their internal pragmatism understands the Hawkeyes' rung on the B1G totem pole could drop at any fleeting moment, an innate balancing act between hubris and the harsh realities of the structural advantages (and disadvantages) their program has relative to everyone else. Iowa now is what Nebraska will be in 20 years. Maybe that's why Husker fans are so restless these days. At least Hawkeye fans have the sense to know their own limitations; Iowa fans are not like Badger fans.

This need to hold on to any vestige of glory, no matter how small, and stow it away like packrats is their internal defense mechanism against their greatest fear: supporting an ultimately rudderless program. The lean years at the end of Hayden Fry's tenure are too fresh, as are the poignant stories from their parent's era of the 18 consecutive losing seasons. Iowa fans have always supported their teams, though the manner in which they hoard everything Hawkeye stems from their lack of having anything else and fear of what happens once it's gone. Iowa fans own their self-loathing like Minnesota fans own their apathy and cynicism. I can't decide which is more toxic.

A hoarder's mentality is how you justify supporting a man with a losing record against "Little Brother."

A hoarder's mentality is how you turn the other way against blatant acts of nepotism.

A hoarder's mentality is how you continue to hold on to and gloat about a giant iron rod from a stadium Minnesota fans were happy to leave. If anything, thanks for starting the demolition process a decade early.

And finally, a hoarder's mentality is how you end up over-committing to a coach out of fear of what you'll become without him, atrophy and usefulness be damned.