Minnesota Football: Gophers To Face San Jose State at 11am on ESPN or ESPN2

National exposure or more time to tailgate? A dilemma for the ages.

Share All sharing options for: Minnesota Football: Gophers To Face San Jose State at 11am on ESPN or ESPN2

Come by Gopher brethren, let us gather round the old A-C Gilbert Twitterphonic and see if we can pick up any news about when our hometown team will be facing the rapscallions from across the Continental Divide. 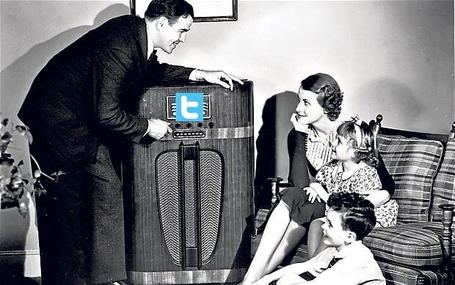 It's a little fuzzy, but I think we're getting something.

The game will air on either ESPN or ESPN2

It is as I feared. The dreaded 11am has struck again. But in a change from the usual early kickoff playbook, there are some actual pros to list in addition to the cons.

- Game is on ESPN or The Duece, which means the Gophers will get national coverage against at team they should be more likely to beat.

- We'll get talked about on College Gameday.

- More time to watch other CFB games on TV.

I don't think a list is needed, but symmetry requires it.

- Less time to pregame in whatever fashion you find preferable.

- Students like sleep and or prefer more time to "warm up" before a game. This does not bode well for their appearance in TCFBS.

- There's a good chance I'll feel like this when I get to the tailgate lot:

I think that GIF tells you which option I prefer. In any case, I'll be in Lot C88 bright and early, Zubaz on, ready to watch the Gophers cost David Fales some of that sweet first round signing bonus money by picking him off 8 times.