GoAUpher: Nice work D516K. I wasn't doing a true preview, but if I was it wouldn't have been this good.

Some would have you believe that College Hockey’s conference realignment has ruined the sport, or at least ruined "traditional" rivalries. It’s all Penn State’s fault.

You might have heard of Terry Pegula. He is very, very rich. He owns the Buffalo Sabres. He wasn’t able to make the Sabres relevant, so he dropped millions of dollars he should have spent on them into Penn State’s hockey team instead, single-handedly bringing the Nittany Lions into D-I competition. This action forced the creation of the B1G Hockey Conference. If you want to point fingers for the seismic changes in the college hockey landscape, point them at Terry.

Terry built the 5,782 seat Pegula Ice Arena and had the good grace to name it after himself. Apparently the Nittany Lions play hockey there, but I assume this was the original intent: 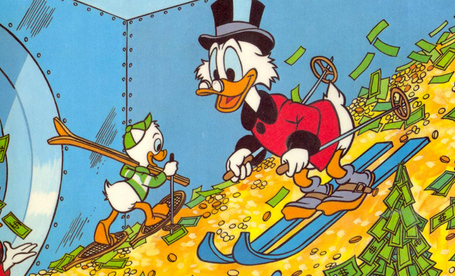 As you can deduce from their Strength of Schedule, Penn State has not played many games against quality opponents. The two decent teams on their schedule so far, UMass-Lowell and Boston College, represent only three contests, all of which were losses. Penn State scored only four goals in those three games, and they allowed fifteen.

The only teams the Nittany Lions have defeated this year are Army, Sacred Heart, and Robert Morris (twice). Those teams rank 59th, 57th, and 55th in KRACH, respectively. If that’s not scraping the bottom of the barrel, nothing is.

The People Behind the Numbers

Considering this team didn’t exist a couple of years ago, it’s no surprise that they have only one senior skater on the roster, Senior Michael McDonagh. I assume he is an emotional leader and all around good-guy motivator, because the only time he’s found the stat sheet in nine appearances is in the Penalties section.

Penn State’s points leader is sophomore forward Eric Scheid. His eight goals lead the second leading scorer on the roster, David Goodwin, by four. Scheid is also tied with the team lead in assists with five. He is their most serious scoring threat, having a hand in thirteen of their thirty seven goals this year.

The scoring falls off significantly after Scheid. No other player has ten points on the year. Two players have nine points, Goodwin and Luke Juha. One player, Ricky De Rosa, has eight. For the sake of comparison, the Gophers have nine players with ten or more points.

Starting goaltender sophomore Matthew Skoff has allowed thirty six goals in eleven games (3.42 GAA adjusted for minutes). While he hasn’t been great, he hasn’t been awful. He’s faced 343 shots, or just over 31 shots per game. His save percentage of 89.5% is subpar, but it’s not the only reason they’re losing.

Skoff’s primary backup is freshman Eamon McAdam. McAdam has started four games so far, all losses, and his GAA is an ugly 4.57.

The "In Case of Meteor" goaltender is PJ Musico. PJ Musico time is not pretty time: GAA of almost 11, save percentage of 61.5%, five goals on thirteen shots. Below is an artists rendering of PJ Musico. 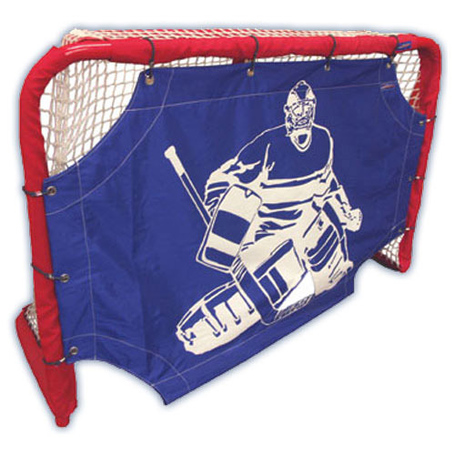 This is a no brainer: Gophers sweep two lopsided games. It’s hard to argue with the stats here.

As I said in my earlier FanPost, it will be a huge disappointment of the Gophers don't walk away from this series with six conference points. Wisconsin just wrapped up a weekend seep of Michigan, and now sits atop the conference table (two points ahead of the Gophers, who have two games in hand. Wisconsin in first place is a truly sickening sight.

It's hard to get to upset with Wisconsin because they did hand two losses to Michigan. I understand that conference play is really just starting, but two wins for the Gophers this weekend and they could be in the driver's seat for the rest of the year.

What do you think Gopher fans? Sweep? Split? Unbearable Horror?