Gopher Hockey: North Star College Cup - The Story Of How Goldy Brought The Grail Back To Minnesota

Don't buy the official line. The real story behind the North Star College Cup is much more exciting.

Share All sharing options for: Gopher Hockey: North Star College Cup - The Story Of How Goldy Brought The Grail Back To Minnesota

As you may or may not know, the North Start College Cup is going on this weekend. Oddly enough, at no point since they announced the NSCC did I ever bother to wonder what the actual Cup would look like. Out of the blue my non-existent questions were answered:

The U also made sure to put out the details and story behind the Cup:

The North Star College Cup was designed and produced by Sterling Trophy, Inc., in Anoka, Minn., with several ties to the state of Minnesota.

The cup itself was made out of a red oak tree from the Glen Skrove Farm in Mora, Minn., and was turned by Doug Johannsen of Ramsey, Minn. The hand-crafted base is topped with a star -- representing Minnesota's moniker of the "North Star State" - made out of native birch wood. The star is surrounded by 2013-14 game pucks from all five of Minnesota's Division I hockey programs to celebrate the inaugural season of the North Star College Cup. Finally, the base of the cup was hand crafted by Bill Durant of Durant Woodworking in Anoka, Minn., out of hickory wood - a unique hardwood that was used to manufacture hockey sticks.

Perhaps it's because what I'm about to tell you is fake. Or maybe it's because they don't want Disney or George Lucas to sue them. Or it might be that the powers that be are worried about ending up like this guy: 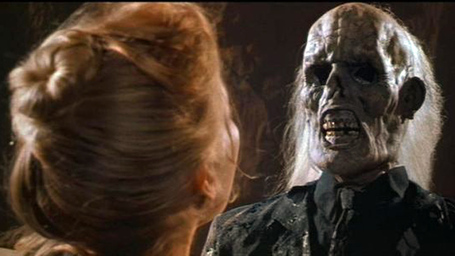 Whatever the reason, the true story behind the Cup is more colorful than a simple block of wood and some craftsmen...

Goldy Gopher And The Quest For The North Star College Cup

The U's reasoning was simple. Minnesota fans all think the Gophers are God's Gift to Hockey, so wouldn't it make sense that the North Star College Cup be God's Cup? I mean, the Gophers are going to win it every year anyhow. And that's why Goldy was dispatched to locate the Holy Grail that Indiana Jones had failed to acquire.

What follows is Goldy's account of that quest. Since Goldy doesn't talk, he gave me a series of photos that illustrate what happened. 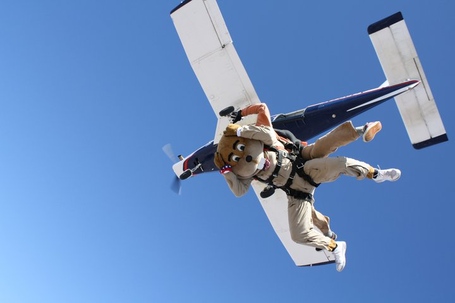 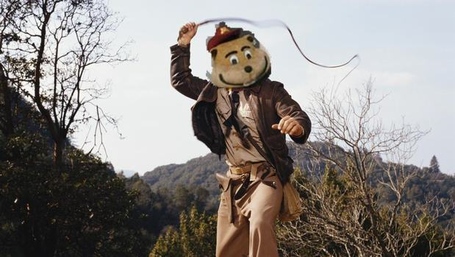 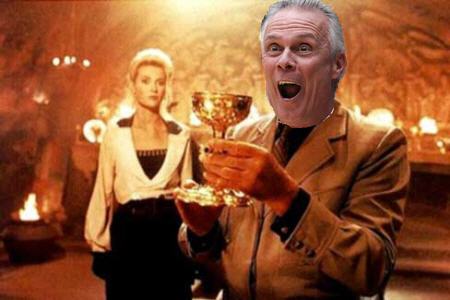 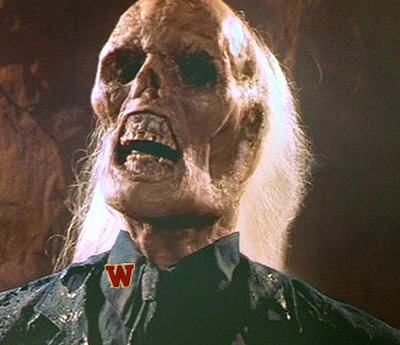 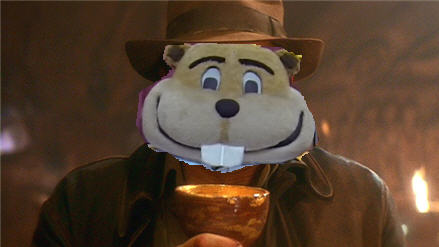 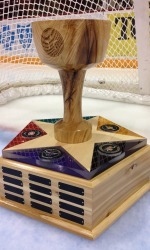 Goldy was a bit vague about how he traveled, why he took so many detours, or how Sid and Bo got mixed up in the hunt for a hockey cup, but I think the key details of the adventure are clear.

Hopefully this story helps get the truth of Goldy's Awesome Adventure out to the masses.