Can the Gophers pull the upset?

What a difference a week makes. The change in the mood of the Gophers fanbase is undeniable since the Iowa game. Last week was certainly better than the bye week because people had Iowa to gear up for. But the enthusiasm and energy that has been present across the Gopher interwebs since "51 Straight" (or "Pellet Wake") has been undeniable. I love it. And for me personally, there is very little short of a complete shellacking at the hands of Ohio State that could do much to dampen that improved mood. And frankly, I'm not expecting to see a beatdown this weekend.

What I am expecting is a Minnesota team that is looking to build on the annihilation of Iowa (side note, that was fun to type) and play spoiler against Ohio State. On paper, this matchup isn't close. Ohio State is the better, more talented team. But (cliche alert) that's why they play the games. I'm excited that weather could play a role as well, as much because I just want to see a SNOW GAME on TV at The Bank as because of the potential advantages adverse weather could hold for the Gophers.

In the end, I'm looking forward to tomorrow. I'm hoping to see a lot of GIF'able/Vine'able moments that I can share with the world via Facebook and Twitter. I'm day-dreaming of potential "what are the options for getting to Indy?" posts. But no matter what, I'm secure in the feeling that Kill, his staff, and the players have engineered another successful season and have set themselves up to turn it into a special one. And that's pretty cool.

I'd like to introduce you all to "Santa Shovel" Gnome. So named because of his St. Nick like appearance and fondness for clearing driveways. This is a stock photo of Santa Gnome in happier times, as the one who visited my house experienced an UPS related accident and is currently on medical leave while the gnome orthopedists determine how best to operate with the super glue.

Santa Gnome shared the following GIFs that outline what he hopes will happen to Ohio State on Saturday:

#TBT: THE Not So Rivalry-ish Rival

A Closer Look At David Cobb

Streaming Audio: Locate KFAN on IHeartRadio.com (or the IHeartRadio app for your mobile device)

In The Tailgate Lot:

At Kickoff And During The Game

Be safe out there tailgate diehards. You don't need to lose any digits. Also...WHO WANTS SNOW GAME? WE WANT SNOW GAME! 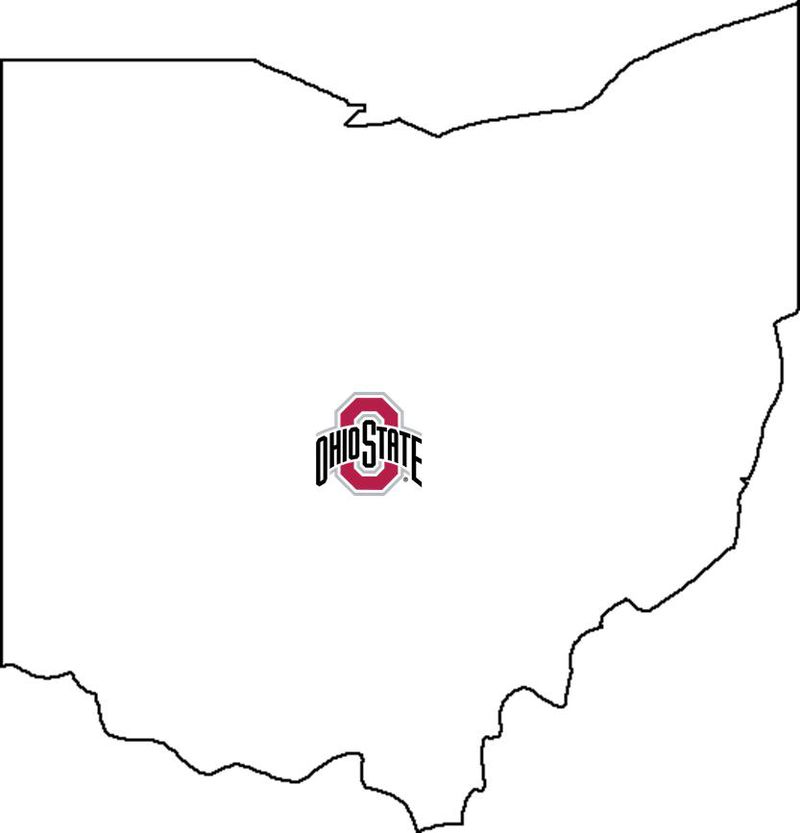 All Time Series: Minnesota is 7-42 all time against Ohio State.

Last Season: 12-2 (8-1 Big Ten) - The Buckeyes had the national championship in their sights, but back to back losses to Michigan State (in the Big Ten conference title game) and Clemson (sigh...winning MinnySeminole a bottle of bourbon from me) were a downer at the end of an otherwise quality season.

2014 To Date: 8-1 (5-0 Big Ten) - How the hell did you lose to Virginia Tech? Seriously...that's just mind boggling given how well the Buckeyes have been playing as of late.

1) JT Barrett (QB - Freshman): Wow. If you're going to lose your Heisman candidate quarterback before the season, it sure is nice to be able to fall back on a guy like Barrett who has people questioning whether Braxton Miller should even return to the Buckeyes. Thoughts from Matt Brown:

I think Barrett is demonstrably better than Miller at two things. He's better at making the correct decision in zone read running plays, and he's a better distributor of the football. Miller has a stronger arm, and *way* better athleticism. They're both able to do things that the other can't do, but a lot of Barrett's strong play this season is also a function of the teammates and the system around him.

All plaudits for Barrett aside...and he's deserving of every one, with Miller OSU beats Va Tech and is probably undefeated right now. Now, if you want to ask is Barrett maybe an all around better passer, I might listen to your reasoning, but Barrett also struggled against a pretty average Penn State pass defense.

Keys To The Game

- Efficient Offense: Minnesota has to maximize every opportunity they get, especially in the passing game. When Mitch is asked to throw he needs to be on and he needs to be on early. Otherwise Ohio State will load the box and the running game will grind to a halt. In other words, Illinois Mitch means BAD THINGS.

- No turnovers: This isn't a game against an underdog where this key is about keeping the other team out of the game. Against Ohio State this is a key that will likely determine whether the Gophers lose in a rout or not (much less win).

- Play without fear: The Gophers team we saw last week was confident. Watch the Brick by Brick episode again and listen to the players talk about the first Iowa drive. While we in the stands we're going "uh oh" the players were getting excited. Why? Because they knew that all it would take is an improvement on 3rd down to stop Iowa in their tracks. That's the sort of attitude ("we can BEAT these guys") I hope the Gophers take. They have nothing to lose and a lot to gain...I hope they believe that and play like it.

Why only moderately? Because as several of you have said, the Gophers are playing with house money. Also, Old Man Winter might give them a boost.

I can't full homer this. In the end, I think Ohio State is too much and pulls away in the second half. Ohio State, 31 - Minnesota, 14.