It's the holiday season, and I'm here to help you find a gift for your dad, brother, or more likely, yourself. I've split this stuff up into several categories so hopefully there is something for everyone in here. 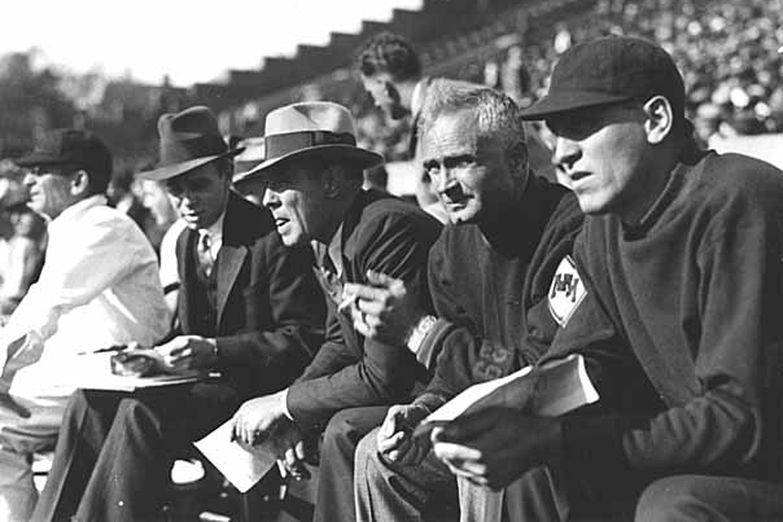 Like this photograph of Bernie Bierman smoking on the sideline in 1932? BUY IT HERE AT MNHS.ORG

If you're reading this, you like historic pictures, I mean who doesn't? Giving historic sports images to the person who has everything says, "bullshit you don't have everything, here is a cool as hell photo to put in a frame and on your wall."

You can buy Gopher images for football, basketball or hockey either from the Minnesota Historical Society or Ebay. From MNHS what you are buying will be a reproduction made from the original, you can buy it online and it'll be shipped to your door. I have several of these and no one knows it's not the real thing, suckers.

If you want an actual print from the 1940s go on over to ebay, collectors are out here selling real photos all the time. Most of the ebay photos come from big image warehouses that buy newspaper image collections. As an archivist I think those warehouses suck, but if you're looking for a reasonably priced piece of history it's your lucky day.

Part of my job is to keep my ear to the streets about historic stuff. So here is a random collection of things.

This zippo style lighter from the 1960s makes me wish I smoked. Know someone who would look bossy in a 1980s small deep v sweater with retro Goldy on it? For anyone collecting baseball cards, you probably know about tobacco silks, which are similar to tobacco trading cards. Here is one for the U of M from 1910. How people are dating these mini felt pennants to the 1940s and 50s I don't know, but they are cool.

Books are always easy gifts because they make everyone seem smart.

Gopher Gold, By Tim Brady is a great collection of stories about the University of Minnesota's history, that would be a good gift for just about any kind of fan.

Gophers Illustrated: The Incredible Complete History of Minnesota Football By Al Papas Jr. Great book for the casual fan. It has illustrations of all of your Gopher heroes, and trophies, along with summaries of some big games in Gopher history.

The Little Brown Jug, The Michigan-Minnesota Rivalry By Ken Magee and Jon Stevens. This is hot off the press, its a coffee table type book with tons of beautiful pictures.

Monster of the Midway: Bronko Nagurski or The Undefeated both by Jim Dent. Both books deal with Gopher greats after they leave Minnesota with Bronko in Chicago and Bud Wilkinson at Oklahoma. However Jim Dent is a great writer and does a fantastic job.

Minnesota Hoops: Basketball In The North Star State By Marc Hugunin Not just about Gophers basketball but a good decade by decade account of basketball history in Minnesota.

Eh, sorry guys, all of the hockey books about the Gophers kind of suck. If you know of a good one, holler.

Instead of a lame ass book get a hockey fan something they really want, a kick ass replica jersey. Vintage Minnesota Hockey has an incredibly on fleek selection of retro Gopher hockey jerseys from the 1920s to the 1980s. The hardest part is picking just one.

I can't make shit, but clearly many of you can. If you want to make your own Little Brown Jug check out this article by @KevinZintheTC. 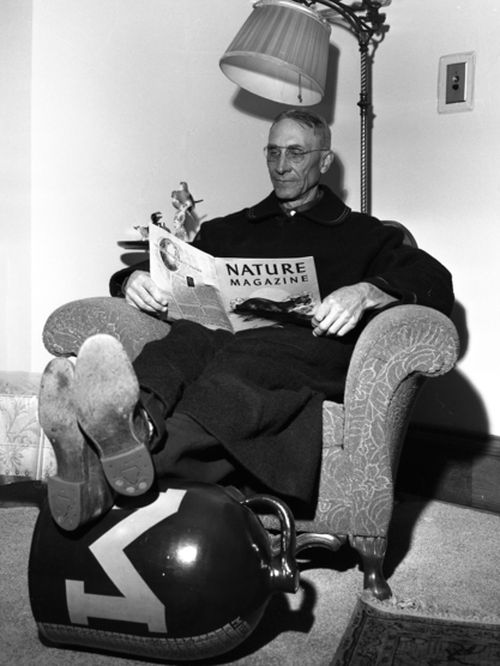 Everyone should have a reproduction photograph of Gopher Equipment Manager Oscar Munson relaxing with the Little Brown Jug from 1948. SO BUY THAT SHIT HERE.

Kevin is also working on a replica of a Dinkytown butcher sign that was stolen by football players before the first Floyd of Rosedale game.

Put my energy into this today based on the sign the 1935 Gophers stole from Dinkytown. Paint up next. pic.twitter.com/7Plcez4tu1

FYI anyone out there trying to get their favorite hipster/gopher historian a Christmas gift, I would gladly accept any of these items.