Minnesota keeps their tournament hopes alive for another day by beating Iowa 95-89 in Minneapolis. The Gophers handed the Iowa Hawkeyes their second straight loss behind strong performances from Austin Hollins, Deandre Mathieu, and CHARLES BUGGS! After a poor opening 10 minutes, the Gophers (really Austin Hollins and CHARLES BUGGS!) forgot that it was possible to miss. As importantly, Minnesota was able to seal the game by making 11 straight free throws at the end of the game. The four factors are below:

You know what else was ham? CHARLES BUGGS! The redshirt freshman who has barely played all season had 13 points on 5-6 shooting (3-3 from deep), 3 rebounds, and a steal. He looked confident in catch and shoot situations and played aggressive defense. If I had to represent this performance in a gif, it would be this one.

In any other game the lead would have been a career performance from Austin Hollins. I believe the technical phrase to describe his performance is "balled so hard." He had 27 points on 8-10 shooting (4-6 from behind the arc and 7-7 from the FT line), 4 rebounds, 4 assists, and 2 steals. Can you show me that in a picture UStreet? Sure hypothetical reader. Here you go. 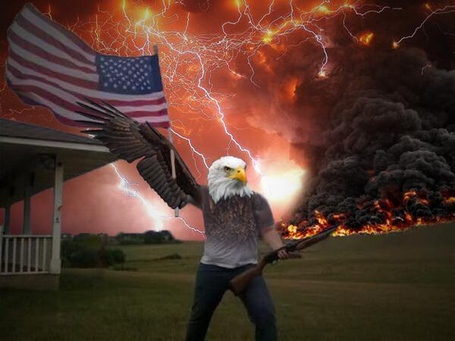 Sure the defense was atrocious and the Gophers couldn't score for extended periods, but a win is a win. It puts the Gophers back in a position to make the NCAA Tournament, gives them another signature win, and, probably most importantly, gives them confidence heading into the final games of the Big 10 season. I'll have a more involved recap later.

The Gophers next play at Michigan in Ann Arbor on March 1st.