Time to decide which B1G coach has the most skills when it comes to throwing a fit!

Share All sharing options for: Big Ten Tantrum Tournament 2014 - The Only Tournament Where It's Good If You're Always Angry

Welcome to the only tournament around where it pays to be always angry!

March Madness is one of my favorite times of the year. And while there's plenty of things to worry or obsess about right now as a Gopher fan, I decided to embrace the season and have a little extra fun this week. The result? The inaugural Big Ten Tantrum Tournament!

Tell Me More About The BTTT!

The premise is pretty simple. Members of the TDG staff seeded the Big Ten coaches 1-12 in terms of who each of us thought threw the best tantrums. There were no set criteria and since this was a completely subjective exercise there was nothing wrong with voting based on personal bias. Each coach was awarded points based on where they were seeded. A 1 seed earned them 12 points, and 2 seed earned 11, etc. I then added up the points and ranked the coaches based on their totals.

Four members of the TDG staff put in ballots (NOTE: GN abstained so he could complain about the seeding) which means the maximum number of points a coach could receive was 48. In the future I plan on adding members of the other B1G SB Nation blogs to the selection committee. Sadly, there just wasn't enough time for that sort of collaboration this season. Back to the important stuff though. How did the bracket turn out? NOTE: Bracket is updated each day. 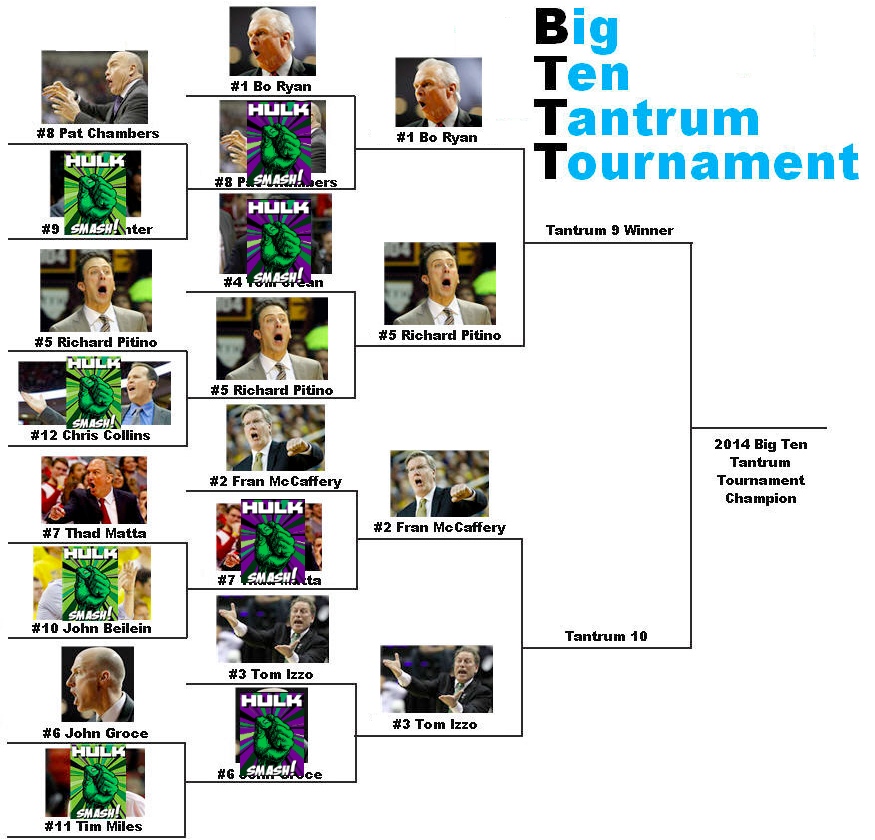 How Does The BTTT Work?

Before we get to a breakdown of all of the seeds, let's take a look at how the B1G Tantrum Tourney will function.

- Each round will take place on the same day that round is held for the real Big Ten Tournament.

First Round: All four First Round matchups will be posted to The Daily Gopher on Thursday 3/13 at 5 AM CST.

Quarterfinals: All four Quarterfinal matchups will be posted to TDG on Friday 3/14 at 5 AM CST.

Semifinals: Both semifinal matchups will be posted to TDG on Satuday 3/15 at 5 AM CST.

Finals: The Big Ten Tantrum Tournament Finals will be posted to TDG on Sunday 3/16 at 5 AM CST.

- In all rounds, each matchup post will include a poll listing the competing coaches. The polls will be open from 5 AM CST until 10 PM CST on the day each round is held.

- You'll be able to access the voting posts via a StoryStream we'll keep pinned to the TDG Front Page or via the individual posts that you'll find farther down the list of stories.

With a selection committee comprised of only Gopher fans is this seed really a surprise? Not that there is really much to argue with here. Based on his reactions during games, a fan is left to conclude that he believes Wisconsin never fouls anyone and that many of the B1G's refs are "fuckers" deserving of screaming and death stares. He has also perfected the angriest confused look I've ever seen. Here's a little taste:

Oh look, Gopher bloggers have Wisconsin and Iowa #1 and #2.

/no one could have predicted

Seriously though, this seed is again well deserved. When Reddit creates an anger scale called the Francon Alert System, you might have a problem.

How does one get their own alert scale? By beating up defenseless chairs and making physical contact with referees (with bonus points for claiming you didn't touch the referee even though video exists showing you did). Oh, and ALL OF THE ANGRY FACES.

The captain of the old guard of tantrums, Tom Izzo can still bring it. My personal favorite tantrum from the recent past was earlier this year when he did an pirouette of anger and confusion that included a hop out onto the court. It was so magical that the TV announcing crew was delivering scores for his "triple axle" landing. NOTE: For a coach with a long and proud history of berating referees, there is a shocking lack of quality YouTubes and GIFs for Izzo. If you've got any that you think are deserving, please put them in the comments. 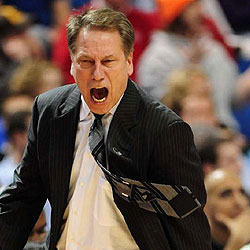 Crean is an interesting case study. He is highly disliked among most B1G basketball fans. And he's certainly known for setting up camp pretty far onto the floor (and well outside the coaching box) during games and for childish behavior like the super quick handshake. But I can't think of a single memorable tantrum he's thrown. Is is possible that his overall hateability is earning him a higher BTTT seed than he deserves?

You have to hand it to Coach Pitino. He has really worked his way into the "top tantrum" conversation quickly! Not totally surprising given the fact that his coaching role models are Rick Pitino Sr. and Billy Donovan. He has displayed a flair for the jacket toss, so much so that his jacket has it's own Twitter account:

I know it's early, but what do you guys think... Will I fly today or won't I fly?

Sadly this account has slipped into a sad state of under-utilization. If you are the creator of @PitinosJacket, I urge you to continue your jacket related humor.

Coach Pitino has also shown that he can deliver quality faces of anger, confusion, and disgust. Combined with his willingness to go on extended angry walking tours of the sideline and quality gesticulation and I would expect to see Coach P earn a bye in future editions of the BTTT.

Last two GIFs both via @cjzero

Another newcomer to the conference who has shown promise. Not afraid to show a little emotion or stare down a ref. Does he have what it takes to remain in the upper half of the conference? Only time will tell.

Honestly, this is really the most surprising of the low seeds. While I don't neccessarily think of Thad when I think of tantrums, I do believe his beet red face is a defining trait. As recently as earlier this season USA Today Sports named him #6 on their list of the 10 Angriest Coaches in College Basketball.

A higher seed than I initially expected for the PSU coach. Honestly, I've got nothing on this seed. I just don't think of tantrums when I think of Pat Chambers. Though to be fair I watch very little of PSU's basketball team. Based on some Google searches, I may not be missing much. Then again, YouTube has been down recently and may be hiding the best of Pat's antics.

We've reached the bottom third. Matt Painter was a unanimous selection as the #9 seed. On the plus side, this is better than Purdue played as a team this season.

Winning games and failing to register with his tantrums? I'm starting to dislike you John Beilein.

Have you ever seen Tim Miles freak out? For whatever reason he strikes me as a milk and cookies kind of guy rather than a fire and brimstone kind of guy. That could be his #Nebrasketball honeymoon covering up the anger, but a "Tim Miles Angry" search on Google returns nothing. Not even a picture of him yelling. 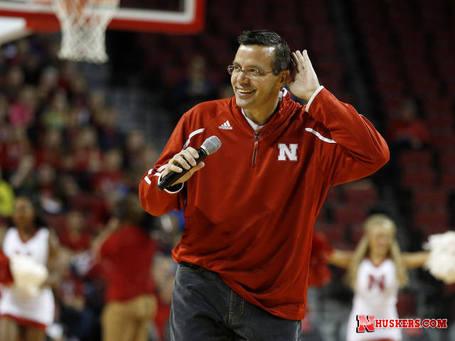 What the hell is wrong with you Chris Collins? You coached under Mike Krzyzewski. You learned from a master of the evil stare and referee related profanity. You need to pick up your game. 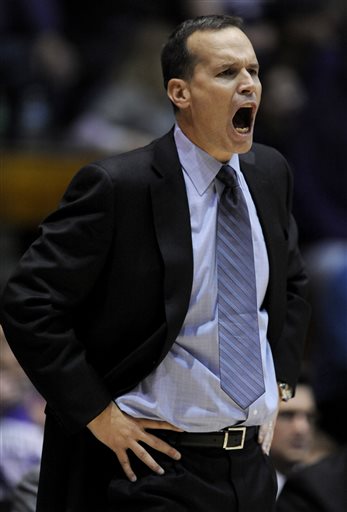 What do you think of the seeds?

Who do you think will win?

Let us know in the poll and the comments!