Can Pat Chambers prove he was under-seeded? Or will the coach that no one thinks will advance surprise us all?

ICYMI: A full breakdown of the bracket and each of the seeds can be found here.

- Remember, the point is to vote for the coach who you feel delivers the best in game tantrums.

- The coach with the most votes advances to the next round.

- The poll can be found at the bottom of the post.

Penn State fans felt that Pat was screwed out of a higher seed. Let's see what the masses think.

As of when this post was written, Matt had gathered only a SINGLE vote of confidence in the "Who will win it all?" poll. The people have lost faith Matt. Time to earn it back. 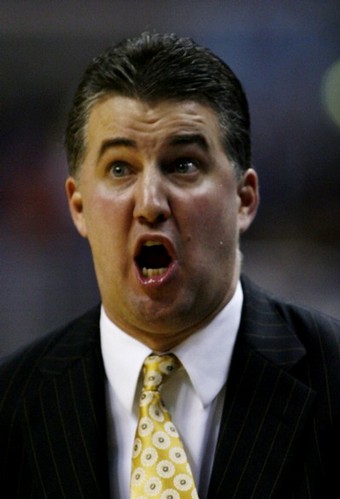