Which are Myron Medcalf's Bad Columns?

Share All sharing options for: Which are Myron Medcalf's Bad Columns?

There are, within Myron Medcalf's writings, some pieces that wouldn't be considered the most desirable posts. And yes, all writing jobs are challenging.

But certain columns seem to possess more obstacles than the rest. It's always an achievement to earn the opportunity to write for one of the country's many sports blogs. But the awful contortions of English and trollish arguments seem to outweigh the positives in these pieces. These are the ones we'd consider "bad jobs."

Myron Gets Every Single Prediction Wrong about the 2014 Sweet 16

Every night, when you're trying to create content to piss off fan bases for page clicks, you have to wonder what happens after your head hits the pillow. Columnists around the country are subject to temptation that can lead to actions that make them as relevant as Skip Bayless. But only Myron Medcalf resides in a place where it's possible to go 0/10 on Sweet 16 predictions and still be considered an authority of some kind. Sure, the flip side is that columnists have zero accountability and can craft a hodgepodge of inane stupidity that has been enticing readers for decades. Yet there are also plenty of reasons for parents to keep their children away from this, too. And Myron gets paid -- a lot more than we get paid -- for his trouble.

Mind numbing silliness. It's that simple. If you're a writer at ESPN, you have to deal with it. And it should be a daily public relations nightmare for his employer and the platforms it supports. This prediction's historic mediocrity can't be blamed on mind numbing silliness, though.  His predecessors have struggled with writing in a fruitful topic area. Without trolling for clicks, Myron can't convince readers to come to his blog. Oh, and then there's the aftermath of an oddly forced conversational style. Prose is stilted. But it's difficult to remove the stench of trying too hard, especially since every other sentence begins with a conjunction. Myron continues to fight against the grain.

Myron Believed Kevin Payton should have Started over Al Nolen

Editor's note: For context on this piece (and to convince yourself that this is actually how someone who gets paid to be a journalist writes), you could read Medcalf's latest boring and tacky diatribe about "bad jobs" on which he includes Minnesota basketball. I'm not going to link because Google exists. If you to give him a page hit, you will find him firing off a blunderbuss filled with troll shot at many different programs (and see how closely I am mirroring his writing style). Some of them are deserved, most of them are not. It's a list that includes Minnesota, but not Penn State. To top it off, the title of the piece is an affront to English.

What did Myron actually say about Minnesota?

Three of the top 30 recruits in the 2014 class per RecruitingNation (Reid Travis, Rashad Vaughn and Tyus Jones) were all from Minnesota.

This is an accurate statement, though I'm disappointed in Myron that he did not start that sentence with a negative.

But the Gophers weren't serious players for their services.

That's more like it. I do not really follow the recruiting side of the house (that's handled more than capably by GN), however, I seem to recall that Reid Travis had the Gophers in his top 2.

And that's not Richard Pitino's fault.

I'm sure that's a relief to Richard. How would he have lived with himself?

That's tied to the perception of a program with a legacy littered by scandals, including the academic mess that stripped its 1997 Final Four run from the NCAA record books. The elite kids in Minnesota don't dream of playing for the Gophers the way that Michigan kids want to play for Tom Izzo and John Beilein, or how North Carolina prospects dream of joining the Blue Devils and Tar Heels.

Yes, one of the most infamous academic scandals in college sports history will harm the ability of a program to recruit. 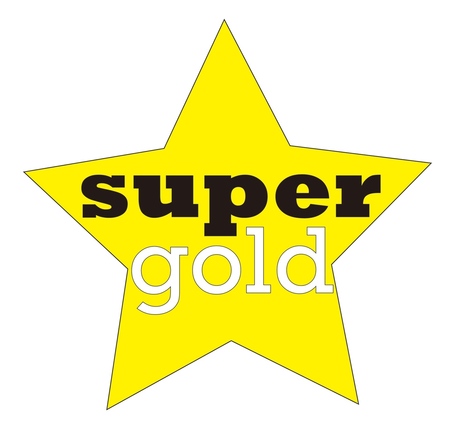 A charitable interpretation of Medcalf's argument would be that Minnesota is not a name school, but if that's the argument then all but 10 jobs in the country are bad jobs. His argument is equally valid if you sub any California school not named UCLA or any Texas school not named Texas.

I also find it hilarious to bring up Michigan as a school to rhetorically stand in opposition to "program with legacy littered by scandal" as if the Ed Martin scandal never happened.

A stubborn fan base will pout if the school decides to overhaul the ancient Williams Arena (constructed in 1928),

Jellyfish reproduce asexually. Look I can write non sequiturs that have nothing to do with the quality of a coaching position.

and the program still lacks the funds to put a shovel in the ground for a practice facility that former administrators promised former coach Tubby Smith in 2007.

Is the lack of a practice facility a hindrance to recruiting? Probably. Pitino certainly has not used facilities as an excuse unlike his predecessor, but it is not unreasonable to assume that it hurts on the margin. Still, the Gophers didn't have a practice facility when they nabbed all of the recruits previously mentioned. The team has made the NCAA Tournament three of the last six years, won the NIT last year, has completely new oversight, plays in a power conference, sits on a growing hot bed of elite level talent, and is moving towards new facilities. Maybe it's not actually a bad job.

Pitino is in the same frustrating position as his predecessors.