Minnesota Gophers Football: Nike Renewed As Uniform Provider For All Minnesota Sports - Here's Why You Care

So you might have heard that the University of Minnesota renewed their contract with Nike for all Gopher sports uniforms. We should all be very, very happy about this.

Share All sharing options for: Minnesota Gophers Football: Nike Renewed As Uniform Provider For All Minnesota Sports - Here's Why You Care

I'm guessing most of you have had a chance to see this by now:

Let's take a look at the link Seth shared.

Eight of the 12 teams in the Big Ten provided the Business Journal with copies of their contracts.

The University of Michigan — which has a contract with Adidas worth a reported $80 million — likely has the juiciest deal in the conference.

Arch-rival Ohio State isn't far behind with a contract that will dump $40 million into university coffers over a 10-year period.

Click through the gallery above for details about each university's shoe deal.

Those numbers make Minnesota's look weak right? Well, let's see how they really stack up. Biz Journals has us covered there too (the numbers are a little over a year old, but they give a good baseline and I think they are still up to date for the other schools.

How does it compare to Minnesota? Ummmmm...who did Indiana have dirt on at Adidas? Because this is a Nebraska/Wisconsin level payout per season from back in 2007. It makes no sense. Oh, and it means Minnesota's new deal is about the same as IU's.

Thoughts: I guess Illinois can have moderately ok things.

How does it compare to Minnesota? Who hates Iowa? I guess Nike hates Iowa. Ok, not really. This deal was signed 4 years ago. In 2 years I'm sure they will also get a nice bump. After all, this guy needs new duds.

Dodged the FOIA request. Only including them because their contract is reported at $80 million.

Thoughts: Well Michigan, I hope this... 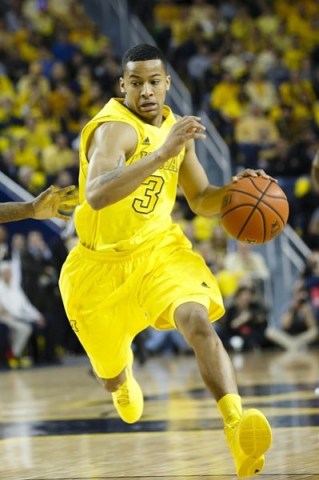 Thoughts: I guess you didn't want any cash Spartans? This deal is ripe for improvement in 2016 given the current strength of the MSU athletic department. In the meantime, enjoy being leapfrogged by MN.

Thoughts: This looks good for Minnesota. Nebraska is clearly a bigger draw for apparel makers than Minnesota, and yet the Gophers were able to sign a deal that is almost as lucrative only one year after Nebraska re-upped with Adidas. The "tie" goes to Minnesota because: 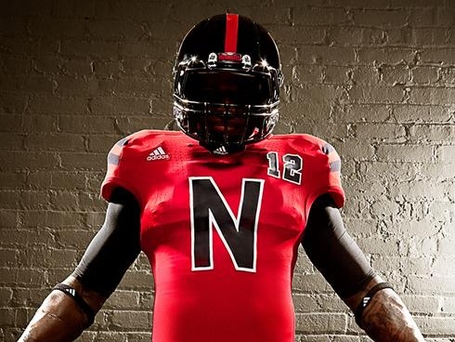 Thoughts: Why yes Nike, OSU will take your money. Minnesota will never see this much unless overall spending inflation in college sports brings the Gophers to this level and OSU much higher.

Thoughts: Well, if you needed a reminder that IU is more important than you Purdue, signing this deal at the same time as IU's should be that reminder. Also that $1.1 million dollar number is the max equipment payout. Purdue got less at the front end of the deal. This is the level of deal Minnesota used to get. #HAILTEAGUE

Thoughts: The Gophers deal is work a touch more per year. However, Wisconsin signed their deal 3 years ago. I'd expect their deal in 2016 will leapfrog the U's without issue. In the meantime... 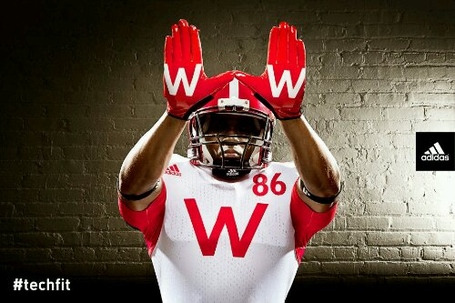 That's nice. Why do we care again?

Were you not paying attention? To the pictures? From before? Well, let's try this...

More money is good, but not being an Adidas school is better. I stand by my tweet:

Now if everyone who likes these uniforms would kindly get off my digital lawn before I have to shake my fist at you.

Quick thing I noticed when checking out Bruins Nation's reaction to the uniforms:

Let's move on to the Ugly. 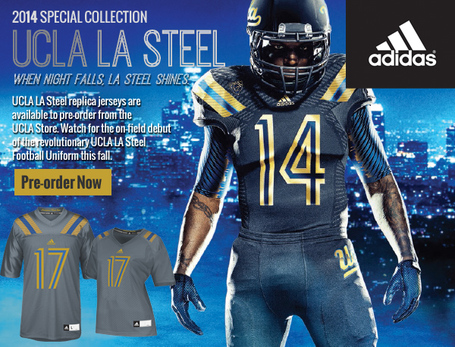 There's really only one thing I find completely and utterly repulsive about the "LA Steel" uniforms and that's the availability of the so-called "LA Steel" jerseys available for pre-order online at the UCLA Store.

When I first looked at the "LA Steel" uniforms, I actually thought they were black. It's because the color is such a dark gray that it looked that way. It wasn't until I looked closely at the UCLA Stripe photo above that I realized that it's a really dark shade of gray that some might call graphite and not black after all.

Let's contrast that with the jerseys shown in the image above that are available for pre-order.

The color isn't even close. The actual uni is dark gray while the one available for purchase for $65 is a much lighter color. They don't look anything alike and that falls on Adidas who is making both items.

Last year, I really wanted to purchase the LA Midnight jersey. However, because they sold out (I'm not sure why they weren't re-ordered), I settled for the shirtsey. At least they were both black.

This year, the shirtsy looks even worse than the jersey. Rather than being a solid medium gray like the jersey, the shirtsey takes your standard athletic gray (dark in some places and lighter in others) t-shirt and throws numbers on it.

Well, at least we know we aren't the only set of fans being effed over by Nike's HORRIBLE NO GOOD VERY BAD KNOCK OFF APPAREL. So that's something I guess.