Gopher Football: Maxx Williams and the added dimension of the hybrid tight end

In anticipation of the 2014 college football season, contributor Elliot Mann takes a look at a few players who we are excited to see take the field for the Maroon and Gold this year. In our final installment, we review Maxx Williams's freshman year and how his versatility changes the scheme of both the Gopher offense and of opposing defenses.

Share All sharing options for: Gopher Football: Maxx Williams and the added dimension of the hybrid tight end

Maxx Williams became the first tight end to ever lead a Gopher team in receiving yardage in 2013, doing so as a redshirt freshman.

That said, we should qualify that statement a bit. Williams totaled 417 yards, good for fourth in the conference among tight ends, but only Iowa's leading receiver had fewer yards among each team leader in the Big Ten. And historically, there are other tight ends who have had bigger years in Maroon and Gold, Matt Spaeth caught 47 balls for 564 yards with four scores in 2006, while Ben Utecht caught 37 passes for 480 yards with six touchdowns in 2002.

But now we should qualify that statement. Williams just wrapped up his first year on the field; we're comparing freshman year numbers to peak collegiate years of two guys who eventually played on Sundays.

Taking it a step further though, let's compare the stats of four players:

(Also, a personal shout-out to cfbstats.com. They do a great job and produce an awesome site.)

Just looking quickly at these stat lines, we can see Williams's stats are a step below the other three players. But again, the others are all Mackey award winners who now play in the NFL. As such, Williams was named to the preseason Mackey Award watch list (albeit the list is 40 players deep).

So, qualifiers aside, expectations in check, Maxx Williams is for real.

Williams is an athletic player who possesses good speed relative to his 6-foot-4, 250 pound frame. A former quarterback and linebacker in high school, he registered catches of 20 yards or more in seven games last year. Like any athletic tight end, he poses a difficult matchup defensively; he's too big for many defensive backs and too fast for many linebackers. 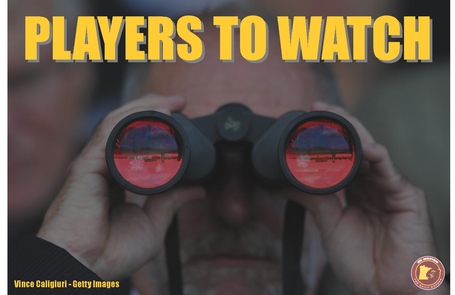 The intriguing thing with Williams is that he provides the Gopher offense with a weapon that Jerry Kill and Matt Limegrover typically have either not had or have not utilized during their six years at Minnesota and Northern Illinois. The largest yearly yardage total for a tight end on one of Kill's NIU teams was 252 yards; the largest yearly yardage total for any pass catcher on one of those NIU teams was 602 yards. In 2011, Da'Jon McKnight had 760 yards, which is the highest for this coaching staff at either Minnesota or NIU. The coaching staff liked calling John Rabe's number near the end zone in 2011 and 2012, as he grabbed four TDs in two years, but those were spread across a meager 18 catches. They don't typically pass the ball, and when they do, it historically hasn't been to the tight end. However, that last bit could change in 2014.

Williams found success last year going down the field and taking advantage of linebackers who found themselves alone out in coverage. This year, the Gophers plan on moving Williams around the field, possibly out wide, as well, tight ends coach Rob Reeves told Marcus R. Fuller of the Pioneer Press.

"Right now, the sky's the limit for [Williams]," Reeves told Fuller. "He can play every position in the tight end group. He can play pretty much every position at receiver. About the only thing we fall short of doing is handing the ball off to him as a tailback. We're expecting great things out of him."

If Maxx Williams can stay healthy, there's no reason to think that he can't eventually reach the NFL someday, and even become nationally known in his upperclassman years. In 2014 though, the Gophers just need to continue getting him the ball.

Elliot Mann is a Minnesota-based writer who contributes to The Daily Gopher. If you want to see a timeline without anyone either dumping a bucket of water on their head or arguing about the efficacy of such a movement, follow him on Twitter feed at: twitter.com/elliotmann.