New weekly segment during the football season. Can you guess the subject the format we are going to take for 3 Stars / 4 Quarters / 5 Thoughts (3s4q5t)? I thought you could. Note, this article will usually appear within a few hours of the game. A late ending game and life got in the way this week.

Never in the history of football has a 42-20 game been both a lot closer and a lot further apart than the final score indicated. To sum it up, "that was interesting." 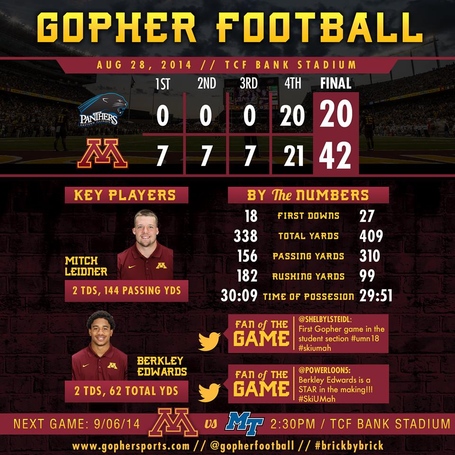 Welcome TDG community to the first installation of our new segment; 3s4q5t (because writing out "3 Stars / 4 Quarters / 5 Thoughts" takes too long. This segment is meant to show my immediate thought on the game while either watching it at the game or at a busy loud bar. This means that I don't really have the benefit of stats or good notes. Its a quick fan reaction, nothing more. If I had written the post immediately after they game while still at the stadium this article would have taken a more negative tone (listening to Coach Tracy Claeys & #7 Mitch Leidner (RS So., QB) calmed me down a bit), good thing I didn't....but don't expect me to be optimistic either. Now lets get to it. 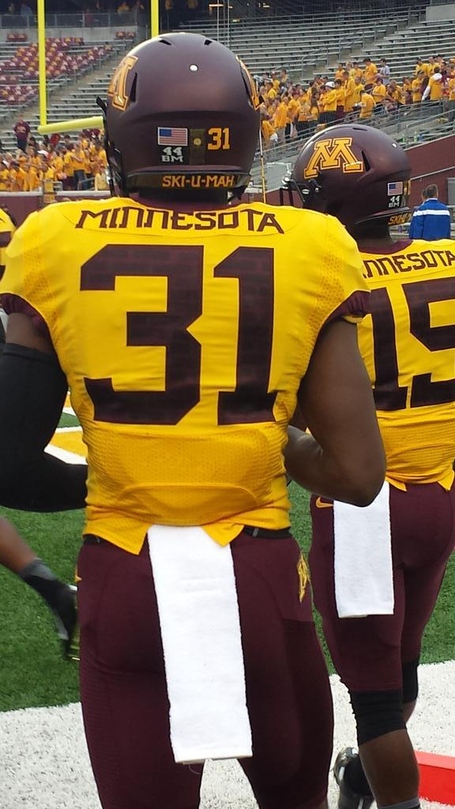 Defensive Backs - This star doesn't actually go to #31 Eric Murray (JR., DB) alone, although he might deserve one, rather it goes to a defensive backs unit as a whole. In my opinion, they where by far the best unit throughout the game. They are going to keep us in games. Eric gets his picture on the wall for his blocked punt. Ski-U-Mah!

#27 David Cobb (SR., RB) - He was consistent and a threat to gain 10 yards every time he touched the ball. His stats would have been much better if he didn't have to face defensive players in the backfield. Last night he showed why he was the #1 back last year and will be again this year. Go Gophers!

#88 Maxx Williams (RS So., TE) - If I recall correctly, MaXXX was only targeted twice, but he made huge plays both of those times. His hurdle of the tackler on his first catch showed just how athletic he is. Those two catches, both for huge gains, wasn't enough for him to earn this final star; it was something he did after a play. The Gophers where near the end zone (2nd half) and the refs took a long time to start play (turns out there was a personal foul on a EIU player, not the ejection). Two Gopher linemen were talking smack to EIU players and looked like they wanted to tussle, but Maxx pulled them back to the huddle. Smart play kids, and remember, you do what MaXXX says!

Honorable Mention #18 Ryan Santoso (RS Fr., K) - Our linebacker who pretends to be a kicker. For most of the game I thought he would for sure get a star. All he did was do his job and do it perfectly, up until his last kickoff. Still, a great start to a college career. While talking about Santoso at the national signing day banquet two years Kill joked "we won't have to worry about kickoff coverage for 4 years." I think he may be right. 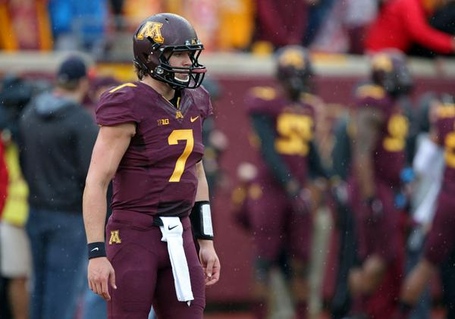 First Quarter - I think the Gophers where wearing the wrong shoes. Very sloppy play, more so than I expected, but I did predict a very slow start in the podcast (trust me). Cobb started the game out with a nice play but Edwards debut was not exactly impressive (didn't seem like we would see him in again until the 4th quarter). EIU players are so much smaller but seem to dominate the line of scrimmage on both sides.

Second Quarter - Gophers started to improve especially on defense but disappointed with only one score. EIU decides to play....weird. This was EIU's weakest quarter it seemed. Despite the score, any doubt of the outcome was gone from my mind at half.

Third Quarter - The defense as a whole remembers that they are the B1G team, not EIU. Offense starts to play better but again only score once. This quarter seemed to go on forever.

Fourth Quarter - Second stringers!!! Gophers decide to start scoring and get out to a 42-nothing lead but don't try to run up the score. This quarter really did go on for ever! Sure the 20 points scored by EIU didn't matter but it did disappoint because of the penalties that allowed them to happen. 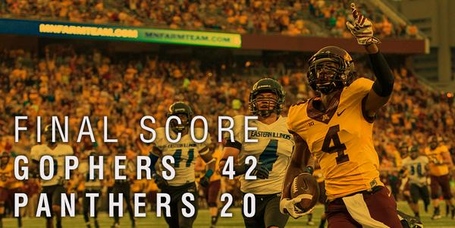 Yeah, I liked it. Perhaps the best visual look video of the Jerry Kill era and very appropriate for last nights game (wet and at night). One thing of note, it is the same song used by the Gopher Soccer team, must have gotten a discount, it will be interesting to see if the Volleyball team uses the same song tonight for their video.

Yeah - I Called It

The Score Should Have Been 42-0

Listen, I'm happy with the score but I'm not happy for the reason EIU got 20 point, penalties. The Gopher defensive backs stop both the first and second scoring drive (one INT & one breakup) on 4th down plays but EIU got another chance due to roughing the passer penalties. The last touchdown was more of a fluke but a penalty on the kickoff allowed EIU to try again (and again due to the refs).

At least three five true freshman played on defense and one on offense:

James, Elmore, and Richardson all recorded tackles last night, not sure about stats for the other guys. For the most part these guys playing was not a surprise, Kill said many of them would, but with the injuries that occurred last night on the defensive line they will be thrust into a bigger role earlier than I'm sure the staff would have hoped.

You want to get a beer quick, don't use the new spots in the concourse, the beer garden was empty except for the people selling beer! 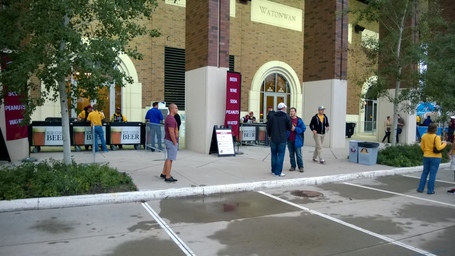 That's all folks. Tell me your stars and thoughts in the comments.