Soccer is a beautiful game, especially after a storm. The Gophers almost outlasted the storm but fell 1-0 in their Big Ten home opener of 2014. 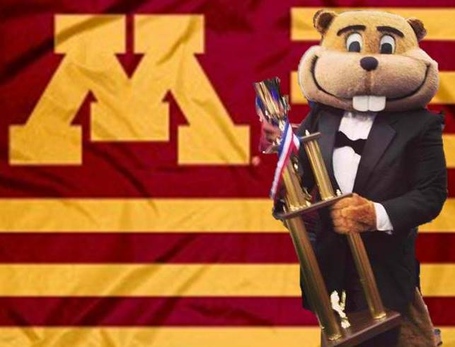 It may have been the first home game of the Big Ten season, but the Gophers honored their seniors this last Saturday. #20 Becca Roberts, #4 Olivia Schultz, #6 Katie Thyken, and #43 Taylor Woodnick are all playing in their last seasons as Gophers. All four are Minnesota natives. You can find a Gophersports.com article with their favorite memories here. 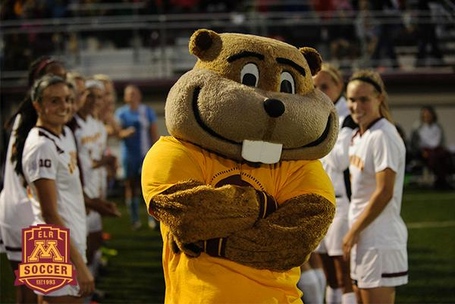 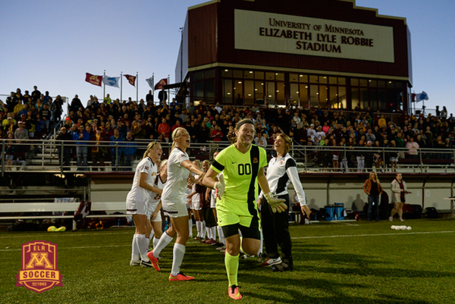 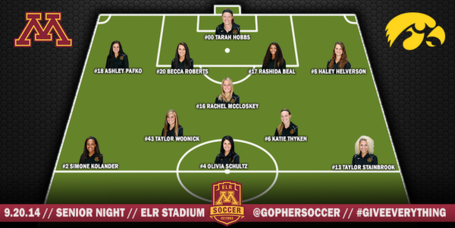 They say that the game of football is a game of inches, well so is soccer. Perhaps more accurately it is a game of millimeters (to go all socialist metric on you). This fact was on display in the Gopher Soccer team's most recent game, a loss at home to a rising Iowa Hawkeye squad. The start of the game was delayed by 30 minutes due to the same storm that delayed the football game. The Gopher's entered the game with a 4-4-0, 1-1-0 in the Big Ten, while the Hawkeyes entered 7-1-0 with a perfect 2-0-0 in the Big Ten having defeated Illinois and Northwestern by a combined 3-0. Iowa's

#9 Amanda Lulek scored her first career goal by heading in a loose ball in the box. That goal proved enough to win the game. The Gopher's actually outplayed Iowa in many ways, including a 22-9 shot advantage and an 8-1 corner kick advantage; unfortunately Minnesota also lead Iowa in fouls, 7-5. Iowa's goal keeper, #1 Hannah Clark, had 5 saves on the game, allowing the Hawkeyes to win, Iowa was the first opponent this year to shutout the Gophers. Thyken lead the Gophers with shots with 6, including 1 on target (requiring a save by the goalie).

Minnesota goes on the road again, this time to Indiana to face Purdue and Indiana. The Gophers start off against the Boilermakers at Purdue. The #46 Boilermakers are 6-3-1 (2-2-0) in a 3-way tie for 5th in the Big Ten having defeated Ohio State and Northwestern while falling to Penn State and Illinois. While this should be a challenging game for Minnesota, the Gopher's did defeat Purdue last year at West Lafayette, 2-1.

After Purdue the Gophers stay in state traveling to Bloomington to face Indiana. The Hoosiers are having a year similar to the Gophers with a 5-5-0 (1-3-0) record, tied with the Gophers in the Big Ten but have played one more game. They have defeated Northwestern but have fallen to Penn State, Illinois, and Ohio State. Indiana defeated the Gophers last year in Bloomington. 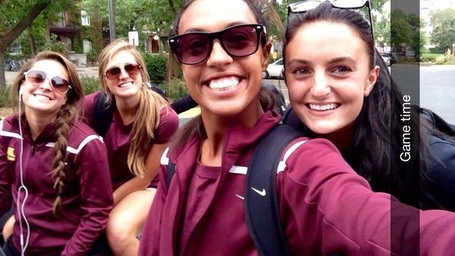 The Indiana game is the best hope for victory this weekend and is made somewhat more likely due to the fact Indiana must face #11 Wisconsin this Friday before taking on the Gophers on Saturday. Another reason for hope is how the Gophers have played. Only two losses where by more than 1 point, and several of the loses game in overtime or in the final minutes of the game. The level of opponents the Gophers have faced has also been high with Florida State (#12), Arburn (#27), Ole Miss (#56) all being quality teams to go along with our games against Michigan, Michigan State, and Iowa.