A primer to our first sport to feature both men's and women's teams, cross country. Both teams have their first match of the season today (Friday, 9/5/2014); the Oz Memorial at the Les Bolstad Golf Course, their home field in Falcon Heights (St. Paul Campus) at 7:00 pm.

Gopher Nation, this week is the start of a whole new season. No, not Fall, well yes but I'm choosing to ignore that because I'm afraid of what may come next, and when I'm afraid I get scared, which some people might call the same thing, but since nothing should make me afraid that makes me mad, which makes me want to fight, but since I'm afraid I'll run away, sometimes across the country; and that ladies and gentlemen brings us to the subject of the day, Gopher Cross Country! That's right, its part 3 of my marathon of a series, or some would say 20 part series, BETTER KNOW A NON-REV! Now that we have hurdled that run-on sentence I'll have to sprint to the finish and pass the baton to our newest entrant of a correspondent, a beast that can go the distance, and who while he is not a horse he is a Clydesdale, Gaitie Gopher! 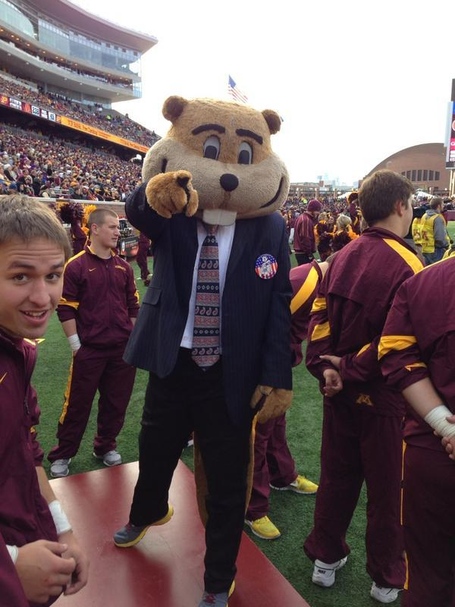 To be honest, what I know about cross country running mostly comes from reading the book, Born to Run by Christopher McDougall, which is actually a great read, and the fact I was made to run long distances as a form of dry land training for other sports and in the Army. While I actually didn't mind running (when I was in shape, now it is horrible) I've never understood those who do it for fun. That said, if I was to be a runner, I would absolutely be a cross country runner. So let's start with the basics from the one source of truth, Wikipedia.

Cross country running is a sport in which teams and individuals run a race on open-air courses over natural terrain. The course, typically 4-12 kilometres (2.5-7.5 mi) long, may include surfaces of grass, and earth, pass through woodlands and open country, and include hills, flat ground and sometimes gravel road. It is both an individual and a team sport; runners are judged on individual times and teams by a points-scoring method. Both men and women of all ages compete in cross country, which usually takes place during autumn and winter, and can include weather conditions of rain, sleet, snow or hail, and a wide range of temperatures.

You know you can trust Wikipedia in this instance because the first picture features a race in Minnesota. That's enough with the general, let's get on to the U of M.

CC-201: Women are from Venus, a Retrospective 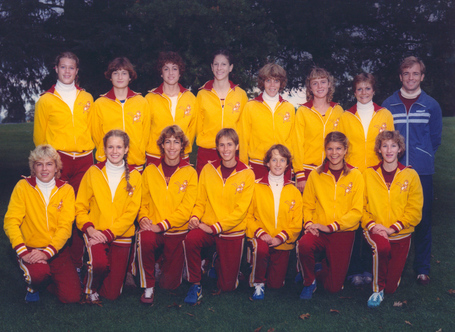 I'm not a historian, so I can't go the distance, but from my brief research the Gopher Women have been going the distance since at least 1975 (and likely earlier). They have had eight All-Americans, with the latest be Stephanie Price in 2010. That's not all the Gophers have done lately, they where B1G Ten Champs in 2007 and 2008 and had 4 runners named to the 2013 All-Academic team. They enter this season ranked #25 in the nation. Last Friday they had their intrasquad match which was won by Liz Berkholtz (RS Jr.). 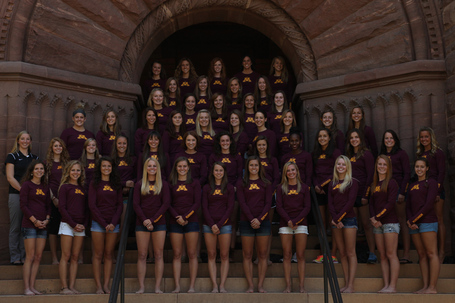 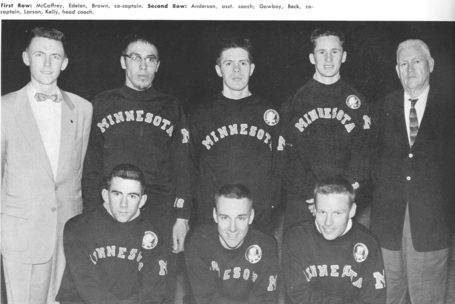 This is going to be short because I don't have the skills of Hipster Gopher. The Men's team has been around since at least 1909 but I'm sure it goes back further than that.  Since 1949 twenty two Gopher men have been All-Americans, with the latest being Hassan Mead in 2011. As a team, Gophers where B1G Ten champs in 1909, 1914, 1964, and 1969. Ten Gophers have been individual B1G Ten champions between 1913 and 2009. In 2013, three Gopher's were given All-Region honors. The Gophers enter this season ranked #8 in the Midwest region. 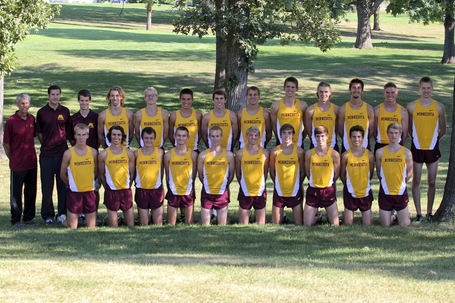 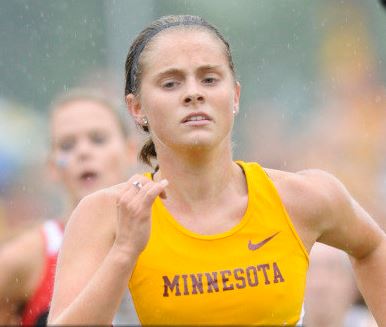 Gophersports.com doesn't list a coach for the men. The squad consists of 9 Freshmen (includes red shirts), 2 RS Sophomores, 5 Juniors, and 1 Senior. See the full roster here.Even more than the women, the men need to be on top of their game as they only have 6 meets prior to the B1G Championship on November 2nd, followed by the Fall Run on (11/7), the Midwest Regional (11/14), and hopefully the NCAA Championship on November 22nd. See the full schedule here. 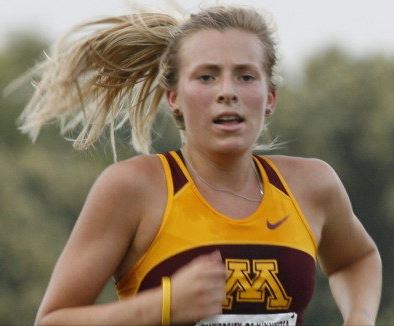