#TBT--The U of M Hockey Olympic Team That Never Was

The Pride On Ice had a chance to represent the United States in the 1928 Olympics, sadly the U of M said 'no thanks'.

Share All sharing options for: #TBT--The U of M Hockey Olympic Team That Never Was

The 1928 Olympics in St. Moritz, Switzerland were the third in which hockey was an official winter sport. Neither Minnesotans or Gophers featured in the previous two Olympics, and perhaps unsurprisingly Canada won gold in 1920 and 1924. To field the best possible team the Americans had General Douglas MacArthur pick the hockey team.

General MacArthur the World War II (and World War I and Korean War) hero first approached the University of Minnesota along with teams from Boston and Chicago to play each other for the chance to represent the US of A. The proposed format was to play the playoff games in Chicago and Boston. Unfortunately the haters, also known as the Senate Committee on Athletics said no.

The invitation to compete for an Olympic bid was sent on December 9, 1927. The games against Boston would be played in January, while the Winter games took place February 11-19, 1928. Talk about plans coming together at the 11th hour. The U of M likely declined the offer because of a combination of students missing too much class time and cost of sending the hockey team east and then to Switzerland. 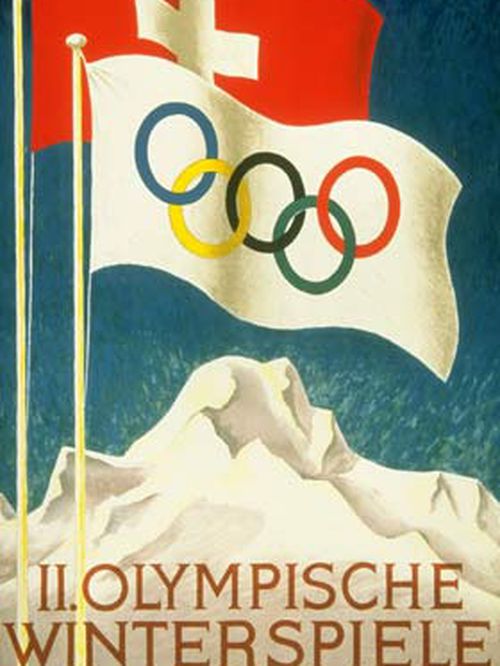 After the Gophers and Boston declined, General MacArthur approached Harvard, Eveleth Junior College, and Augsburg to put on for the United States. Only Augsburg accepted and at that point the General opted not to field a hockey team (lol @ Augsburg).

Meanwhile Canada fielded a team of graduate students from the University of Toronto (nerds) and completely dominated the 1928 Swiss games.

The Minnesota Daily reported that Minnesota had tied Michigan for the Big Ten title in 1927 (sure why not). With hockey gaining so much steam in 1928, over 60 students trying out for the team the U fielded a Varsity and a B team for the first time. The Gophers had a very successful 1928 season, according to the yearbook it was "one of the best ever" and while I can't find a record for the season, they must have topped it the following year winning the 1929 National Championship.