Ever wanted to drop a lot of cash on some stuff that Herb Brooks used to own?!?!? NOW IS YOUR CHANCE

Share All sharing options for: #TBT--Herb Brooks Memorabilia GOING UP For Auction

Heritage Auctions is selling a bunch of crap stuff that Herb Brooks used to own. Have you ever wanted the baseball Herb Brooks used to throw out the first pitch at Yankee Stadium in 1980? For a cool $130 it could be yours! Most of the lots up for auction fall under the category 'ephemera that has little to no historic value' for example, what exactly is someone supposed to do with Herb Brooks' passport?

Some of the stuff is kind of neat, old jerseys are always cool and the 1960s Olympic jersey that Herb played in is fresh af. And if I had a spare $2,800 I would think about these Gopher Hockey 1974 & 1976 NCAA Championship Rings. Shit I'd probably wear those rings around like I won them myself!

But by far the coolest lot in this auction are Herb's player files and personal notebooks for the 1980 Miracle on Ice team. From the description it sounds like these documents really show how Brooks was planning out this team down to every last detail. You don't really get insight like this anywhere else. But I am going to make fun of this quote from the auction house: 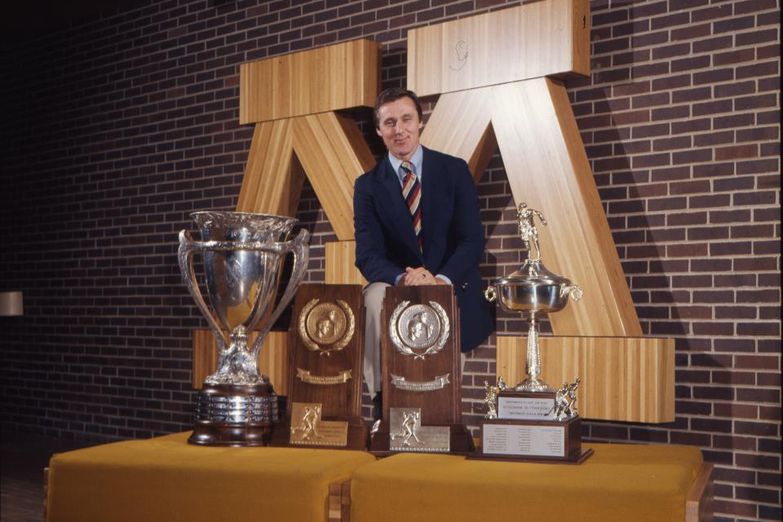 The auction goes until February 20th, and anything that is unsold will by live auctioned the 21st and 22nd. I'm curious where this stuff is coming from, it seems possible the Brooks' family cleaned out a storage unit. And it will be very interesting to see what the final price for this is for certain objects. Sports memorabilia can be some of the most competitive and expensive artifacts out on the market. Especially with a lot of this stuff being from the Miracle On Ice squad, I would expect these prices to increase quite a lot.

For example, last spring Mark Pavelich sold his Olympic Gold medal from the 1980 games and got himself a cool $263,000. For anyone out there reading this and saying 'I'd never sell my gold medal", whatever bro, Mark got paid.