In the 1930s a gentleman's agreement kept black players on midwestern teams from playing against southern schools. Minnesota went along with this arrangement in the 1930s withholding several players. One of these black Gophers is Ellsworth H. Harpole and this is his story.

The U of M has had a long history of things to be proud of and disappointed by regarding race and sports. The Gophers aren't unique or even remarkable, just a school that evolved over time in it's attitude towards equality.

Bobby Marshall was the first black football player for the Gophers playing 1904-06 (and the first to letter for a Big Ten team), the second wouldn't come along until 1929. That fall Ellsworth Henry Harpole came to Dinkytown from Summer High School in Kansas City.

To put Harpole's experience into perspective he was one of about 40 African American students at the U of M at the time. The KKK had been active on campus as recently as 1925. While there aren't any accounts of Ellsworth directly being discriminated against while he was a student at the U, but it's safe to assume he wasn't treated as well as the other football players.

The U of M wasn't unique in it's problems of racial inequity, even in northern states. For example the University of Nebraska officially banned blacks from playing sports at the school from 1917 until the late 1940s. At Nebraska those rules were common knowledge, other forms of segregation in athletics weren't so well publicized.

Known in the 1930s as the 'gentleman's agreement" Big Ten schools: Ohio State, Michigan, Minnesota, Indiana, and Iowa, along with other Midwestern universities (like Notre Dame) agreed to bench their black players for games against southern schools. This agreement was in effect while Ellsworth was a player at the U.

Harpole first played on the freshman team in 1929, and would letter for three straight years from 1930-1933. Playing offensive line, and wearing number 43 for the Gophers. From what I can tell Ellsowrth played in every game for those three years except for two.

He was first taken out in 1931 when the Gophers hosted Oklahoma State (then Oklahoma A&M), and then again in 1932 when Ole Miss traveled to Dinkytown. Both games the Gophers won in blowouts (20-0, and 26-0) and both games Ellsworth is the only player not to have played. Harpole wasn't hurt and leading up to both games the Minnesota Daily lists him as a starter in newspaper articles.

The Minnesota Daily describes Harpole as,

...one of the few "little-men" who made the grade as lineman in big-time competition.

Harpole in the 1934 Yearbook, next to the recap of his best game vs Pitt

When he played he was a difference maker. Ellsworth's best game came in 1933 in a 7-3 upset against Pitt, one of the nations top teams. Outplaying 3 All-Americans for Pittsburgh, newspaper articles credit Harpole with single handedly beating Pitt (I don't know how a lineman can single handedly win a game, but shoutout to Ellsworth). Hopefully he enjoyed his final season in 1933, the team won the Big Ten title.

To put this gentleman's agreement into a larger context, the 1930s was a big decade for Gopher football. In 1934 the year after Ellsworth graduated from the U would be a significant year for the team in many ways. That season the U of M went undefeated and won it's second national championship (it's first in back-to-back-to back seasons). The 1934 game against Iowa featured the incident with Ozzie Simmons which would spark the Floyd of Rosedale bet the next season. Even though Ellsworth was gone in 1934 the Gophers did have one black player Dwight Reed (who was also held out for the 1934 game against Tulane).

This gentleman's agreement would end around 1946. Penn st. canceled a game with Miami over the issue and with that college football made a small step in the right direction. It's so easy to think that segregation only happened in the south. It didn't. Here in Minnesota we have a lot to be proud of, but this is an important reminder that not everything was always so on fleek.

As for Mr. Harpole he would go on to coach football for the West Virginia St Yellow Jackets. He passed away in 1976 at the age of 66. 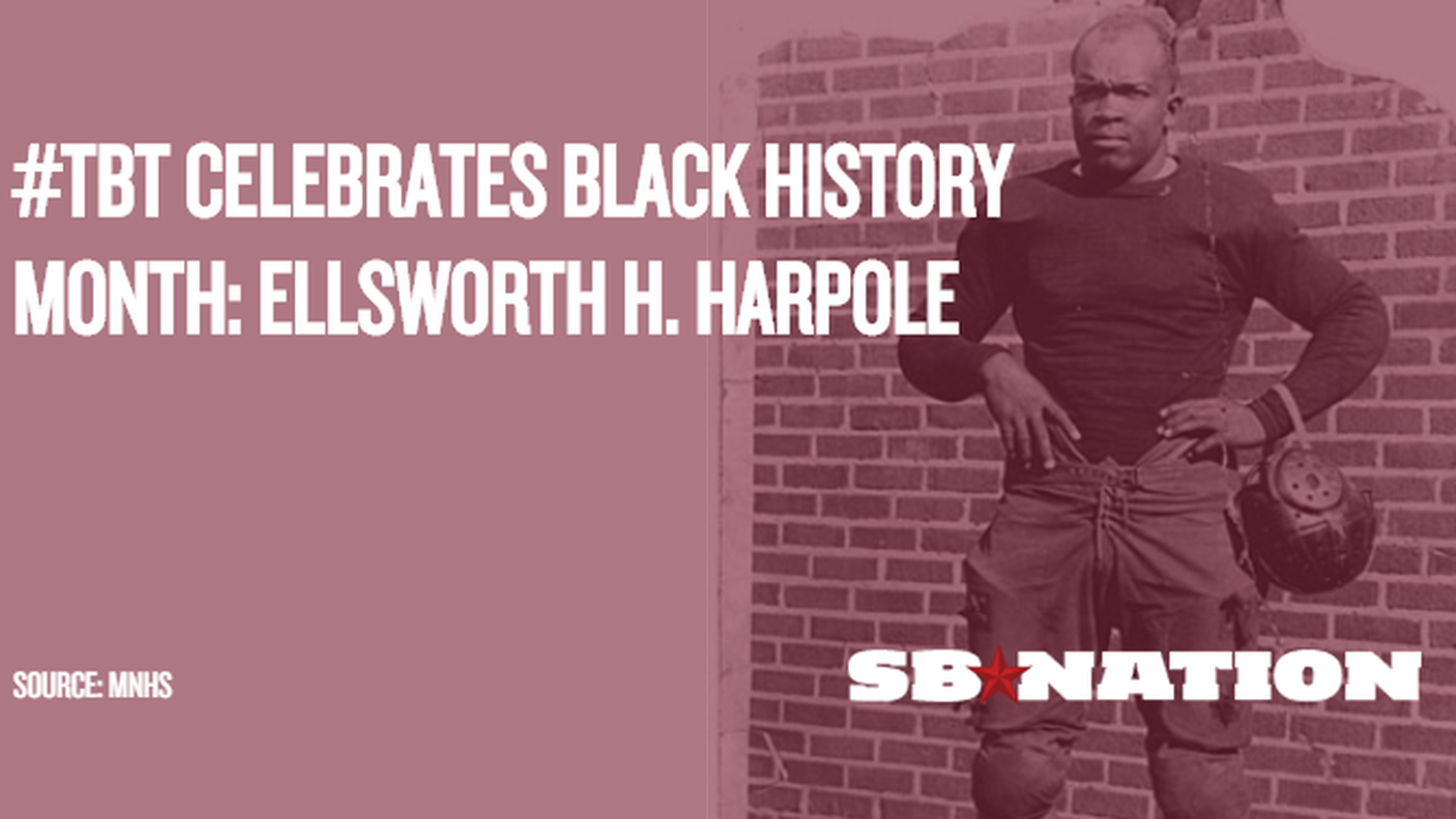