Today marks the 150th anniversary of the end of the Civil War. One of the most interesting Gopher athletics connections to the War Between The States is a veteran who brought his Civil War flag to every Gopher game for 26 years.

When he died on January 5, 1922 his death was front page news. "Colonel Lee - Athletics Mascot - Is Dead". Also described as "The Man With The Flag", Colonel Lee wasn't an official mascot like Goldy, or even a real Colonel, but he was a distinguished Civil War Veteran and the most loyal Gopher football supporter Dinkytown has ever seen. 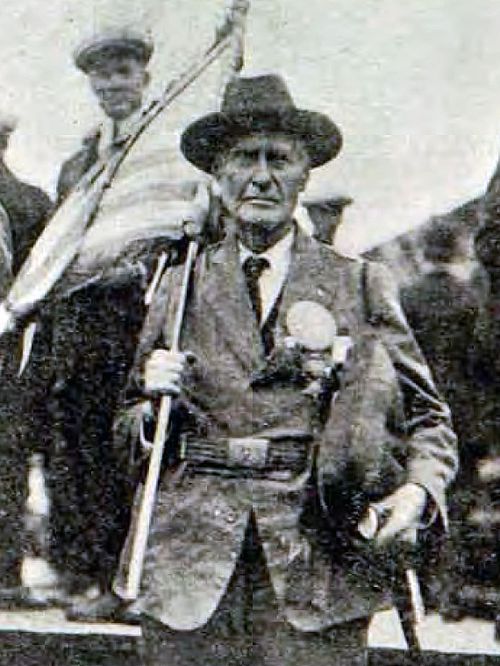 Eliel Tecumseh Lee was born November 10, 1844 in Gallipolis, Ohio. His father had fought in the War of 1812, and his grandfather served under George Washington in the Revolutionary War, both men were also conveniently named Eliel Lee. Before the war Eliel Tecumseh lived just several miles from Abraham Lincoln, and would often visit with the future president.

When the Civil War broke out Eliel Tecumseh enlisted, at the age of 16, in the 41st Illinois Infantry as a private. He would rise to the level of corporal by the end of the war. Fighting with famous men like Grant, Logan and Sherman, Lee was at Shiloh, Corinth Vicksberg, and marched with Sherman to the sea. And on July 12th, 1863 he was wounded 3 times in the battle of Jackson, but continued fighting. In all he served for the Grand Army of the Republic for 4 years and 3 days. 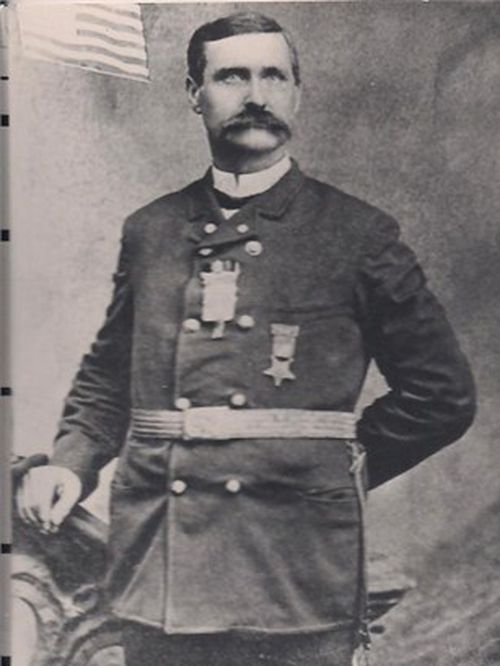 "[his flag was] never present at a Minnesota defeat."

By 1895 Colonel (which seems to be a rank he gave himself after the war) Lee was living in Minneapolis and rooting on the hometown squad. There are no records of him attending the University of Minnesota, Eliel seems to have simply fallen in love with Gopher football.

He attended every single home game for 26 years from 1895 until 1921, 146 games in all. Every game Eliel went to he brought his Civil War battle flag, adorned with maroon and gold streamers, and waved it from the stands. And here is what made him famous, Colonel Lee was fond of saying, "[the flag was] never present at a Minnesota defeat." When it looked like the home team would fall he would sneak out of the stadium with his flag before the final whistle. What an American hero.

The Colonel wouldn't have had to sneak out with his flag much in the 26 years he attended Gopher games. Minnesota football was a powerhouse from 1900 until World War I, going undefeated 5 times and winning 8 Big Ten Titles. Eliel was there for Doc Williams 21 year stint as coach and saw players such as Bobby Marshall, Pudge Heffelfinger, and Bernie Bierman (as a player). He saw almost every game played at Northrup Field (it would close in 1923), and in the old stadiums most famous game Lee had a vital role. In the 1903 Halloween game against Michigan Colonel Lee was standing in his usual place in front of Pillsbury Hall behind the end zone. When Egil Boeckman scored the tying touchdown Eliel held his flag high in both hands and stormed the field.

Egil Boeckman's sweater given to him by Colonel Lee, via MNHS

The Egil Boeckman sweater on display at the James J. Hill mansion was given to Boeckman by Colonel Lee. Several articles credit Eliel with giving out $152 in sweaters to Gopher player for scoring touchdowns against big opponents. It might be the greatest pay for play story never told. But really if your team is going to have a bagman, a Civil War Vet is a pretty badass choice. 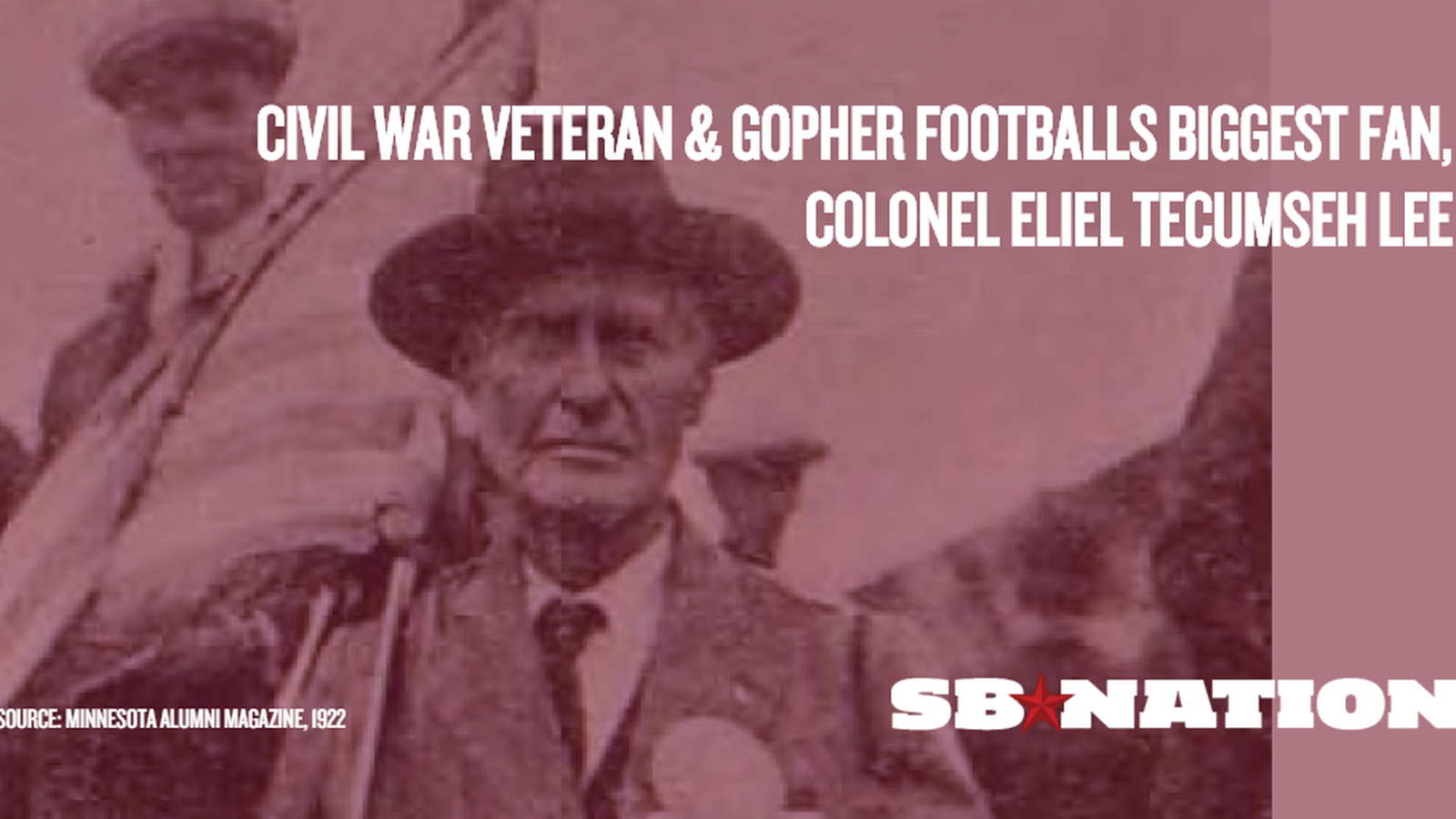