Short post today. Check out the amazing caps, jerseys, and even cleats. The duo is photographed in front of the gate at Memorial Stadium in 1926. The photo doesn't name the players but I think i can ID the man in a pitching pose as Henry Anderson, the lone returning player from the 1925 team. Anderson was described in the school yearbook as "throwing good ball".

The old logo M makes for an even older look than the date of the photo, 1926. The team wore these unis from1922 (a year after baseball had been reinstated at the U. In 1921, their first year back the team played without uniforms) until 1928. The 1929 season saw the uniforms modernize with MINNESOTA written in block letters arched over the chest.

The your man on the left seems to have a pintstriped cap, which is pretty baller. 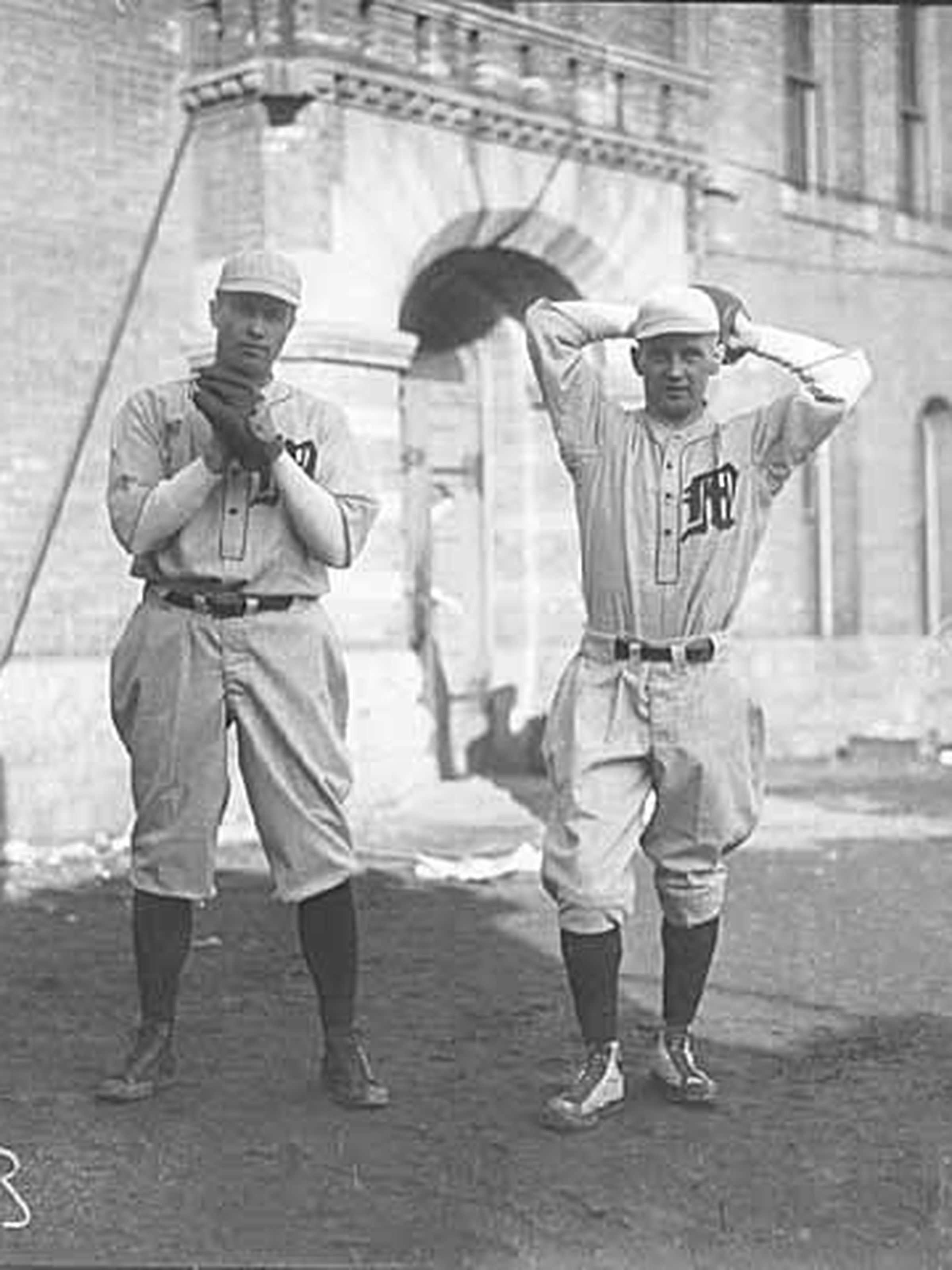 Looking sharp in front of Memorial Stadium gate 1926, via MNHS.

They weren't the luckiest of jerseys. The local 9 only had 2 winning seasons between 1922 and 1928, and never finished higher than 4th in the Big Ten standings.