Back in February someone asked me about some odd old jerseys. I didn't have a great answer then and still don't but thought we could look at them together!

Shoutout to @blakeapgar for first bringing this up. He was specifically asking about this (awesome) cover photo for the 1986-7 Women's Basketball team and the S after the M on Goldy's jersey.

My guess is that it was a strange gender thing from back when the University of Minnesota had separate Men's and Women's Athletic Departments.

But then I remembered these awesome jerseys from the late 1930s/1940s. 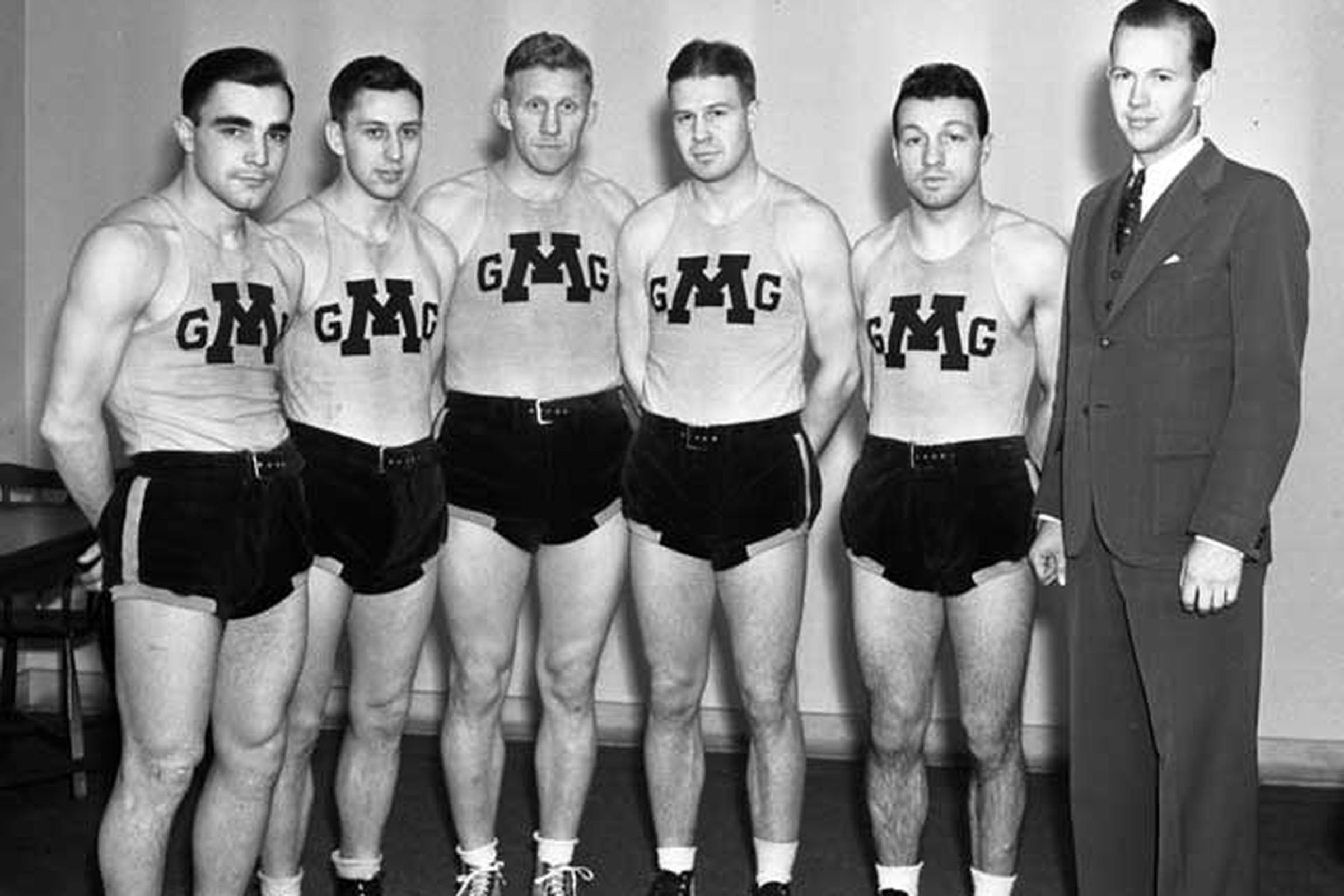 Possibly misidentified group of athletes, circa 1937 via MNHS.

The above photo is cataloged by the Minnesota Historical Society (go us!) as a the 1937 Gopher Basketball Team. The G's on either side of the block M don't make much sense if it's the basketball team. So my guess is that this is actually the Gymnast squad. 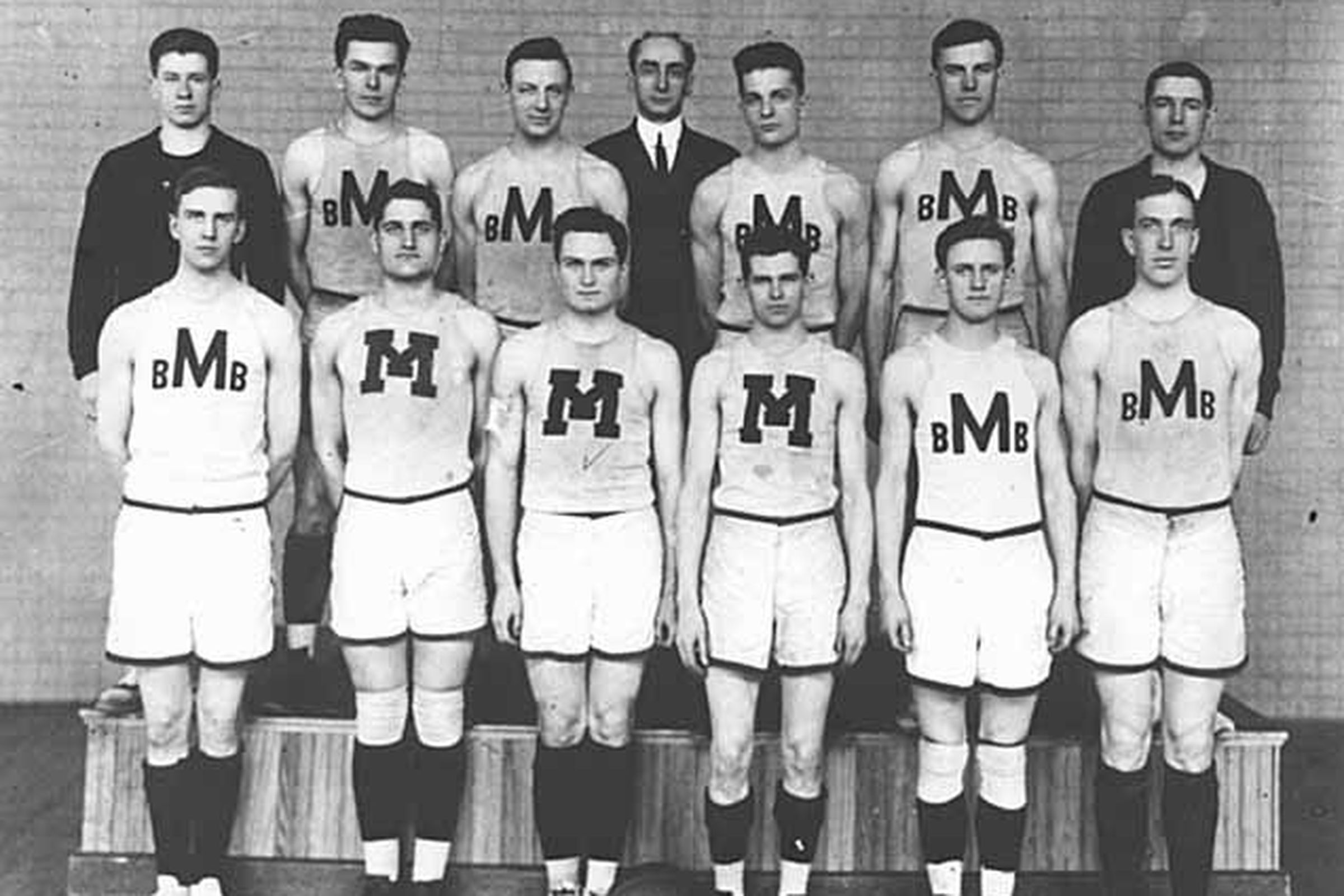 Here is a more obviously identifiable basketball team photo from 1945. Seven of the ten players are rocking those bMb jerseys (and most of them need to do their laundry, imho). These look the best to me.

I can only find these 3 examples. Clearly there are many more out there, and probably a better a explanation too. Let me know if you have any theories or other examples!