Lorena Hickok, local reporter who became nationally famous as a friend of Eleanor Roosevelt, got her start covering the Gopher football beat in the 1920s.

She was one of the first female sports reporters. To the players and her readers she was known as "Auntie Gopher", "Miss Gopher" or sometimes "Miss Goofer". Lorena covered the U of M football team in the 1920s and used her own dope descriptive style which eventually would gain her national attention. Before she left the Gopher beat to write about Eleanor Roosevelt she would describe (my new favorite Gopher) Herb Jostings this way:

Bare-headed and bare-handed in a lumberjack shirt of one-inch green and yellow checks, he sat bolt upright behind the wheel of one of the funniest-looking flivvers that ever spouted steam like a teakettle on a cold day...This year he has gone in for flannel shirts... And from wearing the kind of felt hat that you'd expect to see on his father, Herb has taken this year to cowboy headgear.

Lorena didn't just cover the players fashions off the field, she was there for the big moments of the 1920s including the first game at Memorial Field against North Dakota.

Fans journeyed over to Minneapolis's new Roman circus Saturday afternoon to see North Dakota thrown to the lions-but the lions weren't biting very well. They did wake up enough, in the salad and dessert courses, to nip a 14 to 0 score out of the hides of their victims, but they never got down to the bones at all, and there's at least one fan in Minneapolis who has a hunch that Keeper Bill Spaulding is going to put'em through a good stiff course of treatments before they tackle the Haskell red meat next Saturday. 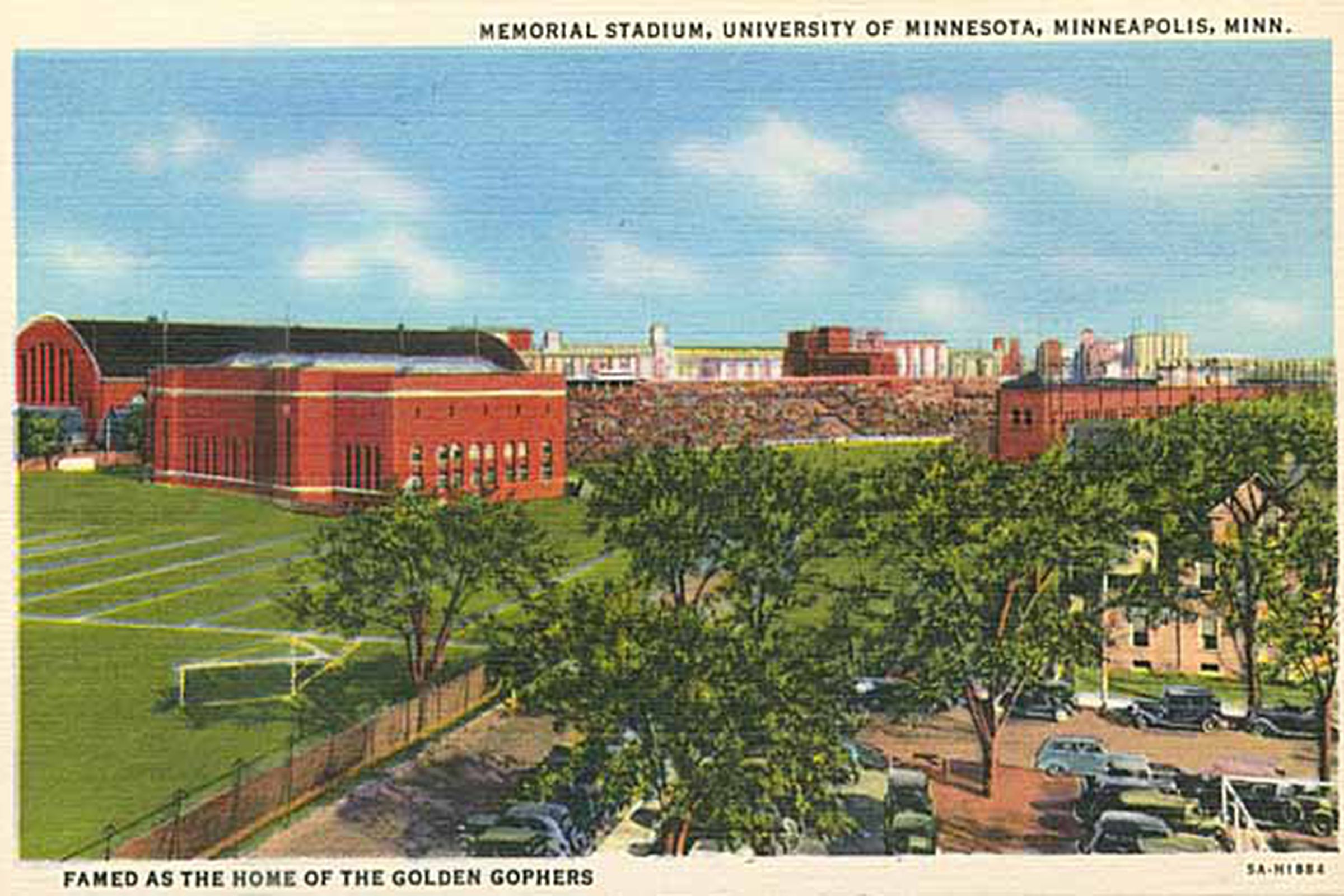 If you want to read more about Auntie Gopher and her exploits writing for the U of M footballers of the 1920s, I strongly suggest this article by David Kaszuba.