Since the NCAA formally recognized hockey as a sport in 1948 the Gophers have been to the NCAA Hockey Tournament more than any other team.

Of the Gophers five national titles, today, I'm focusing on newspaper coverage from the 1970 championships of 1974,1976, and 1979. Why you ask, well at my day job I've been doing some newspaper digitization and thought these were pretty cool. First though I want to gripe.

Minnesota should have way more national titles than it does. Considering the 36 appearances at the NCAA Tournament, the Gophers have been to the Frozen Four 19 times, and lost the championship game 7 times. Particularly surprising is the four year run (1986 to 1989) of consecutive Frozen Four appearances without winning it all.

ONTO THE DOPE ASS NEWSPAPERS 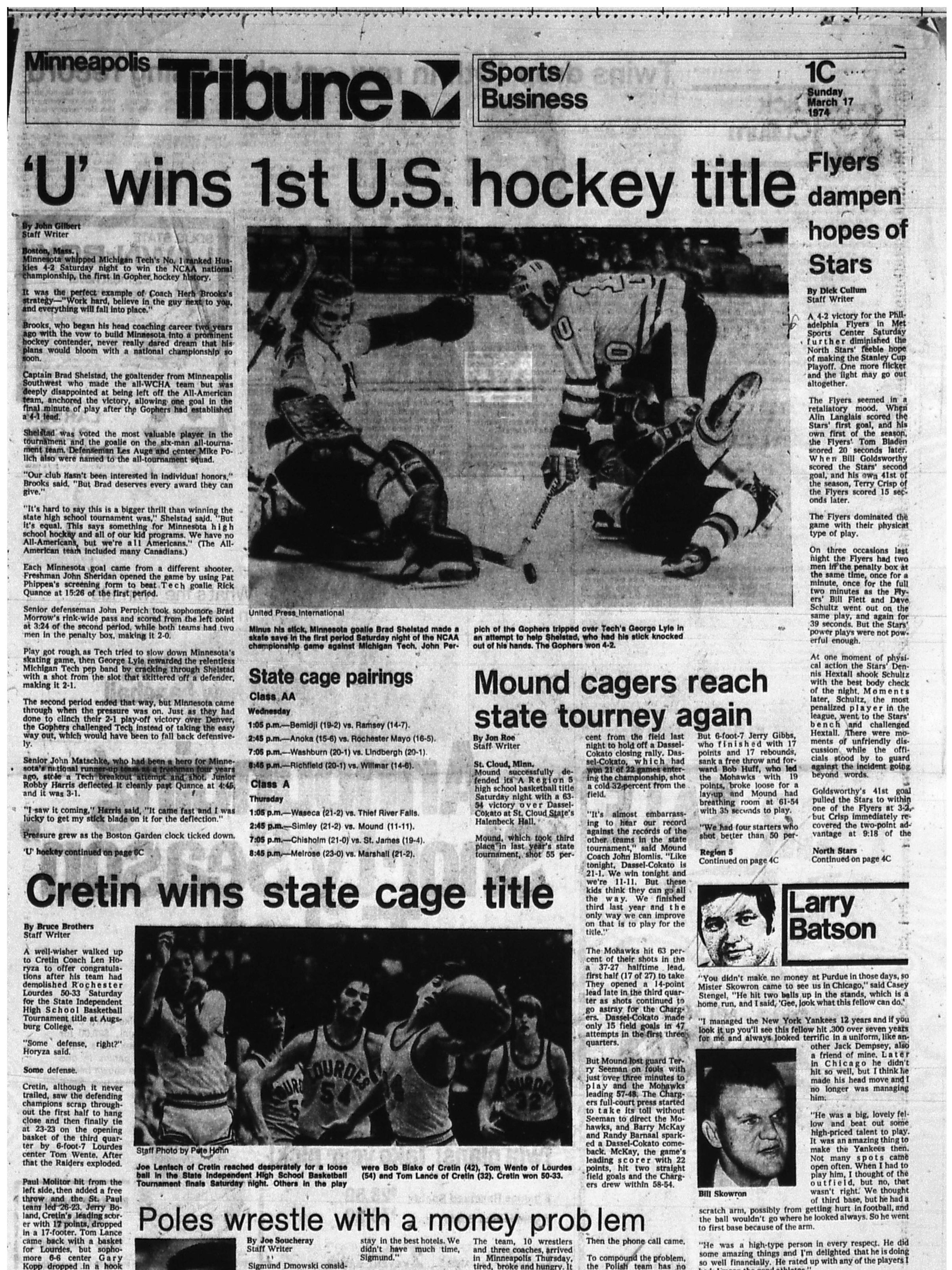 1976: Minnesota 6 Michigan Tech 4 at the University of Denver Arena 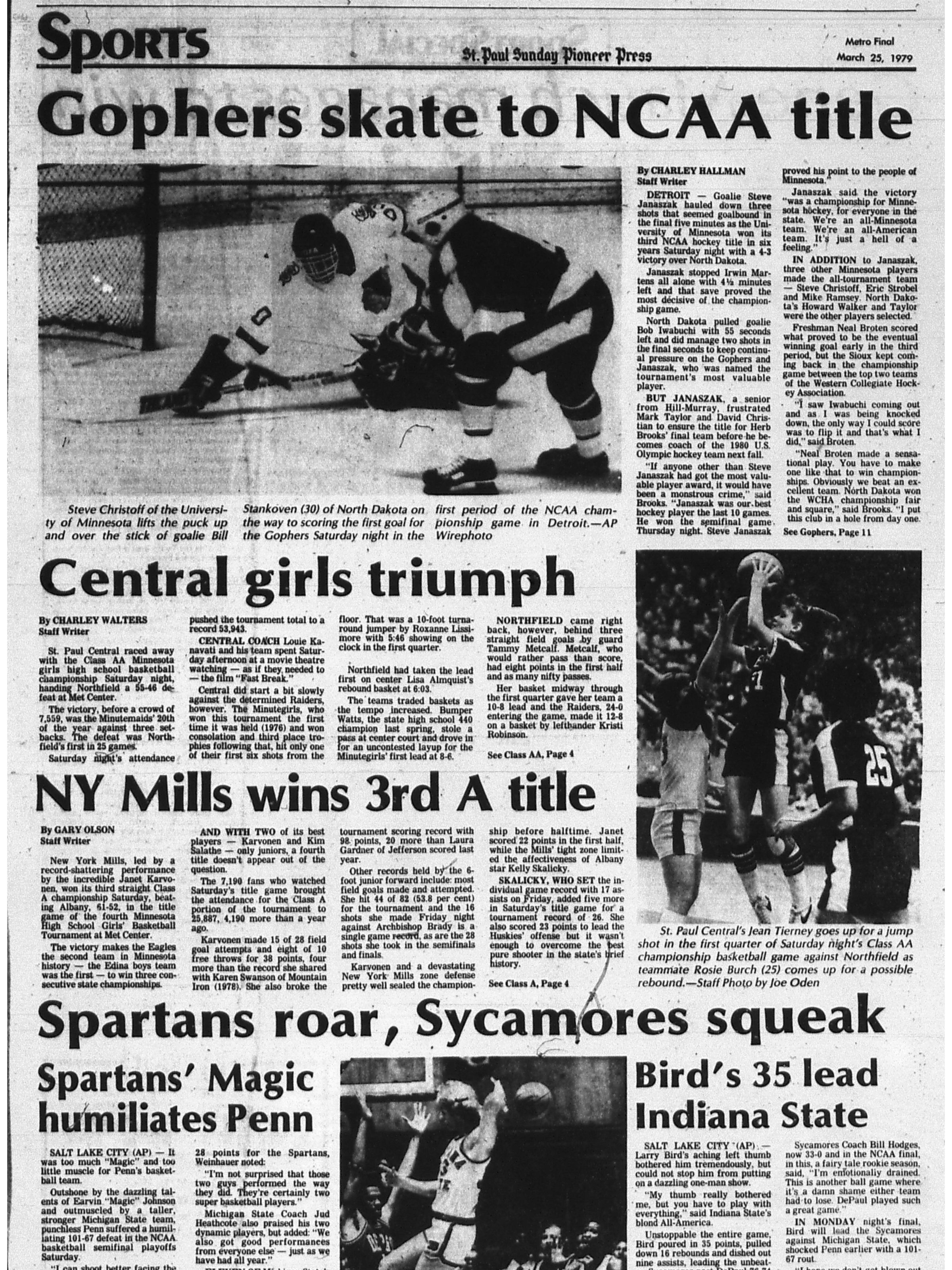