A couple days early on the Fourth Of July, but here are some dope photo edits from the only Gopher to serve in both World War I and II.

General George Washington is a cool guy, war hero, and our first president, but he didn't play football. Bernard W. Bierman was never president, but he won a lot of football games, and served in the Marine Corps in WWI & WWII.

On the left in a service portrait from WWI and on the right in his football playing days at the U of M.

Marine Corporal Bierman severed in WWI after his playing days for Dr. Williams at the U of M were finished. He then won five national titles for the Gophers before leaving his coaching job and reenlisting the day after Pearl Harbor. In 1942 part of his service in the Marines Bernie coached the Iowa Pre-Flight Seahawks, and beat the U of M (7-6).

Now I'm not saying Bernie would have been more successful than General George, but look at these awesome pictures and decide for yourself.

If Bernie had been drawing up plays to beat the British the Revolutionary War would have been over much quicker. 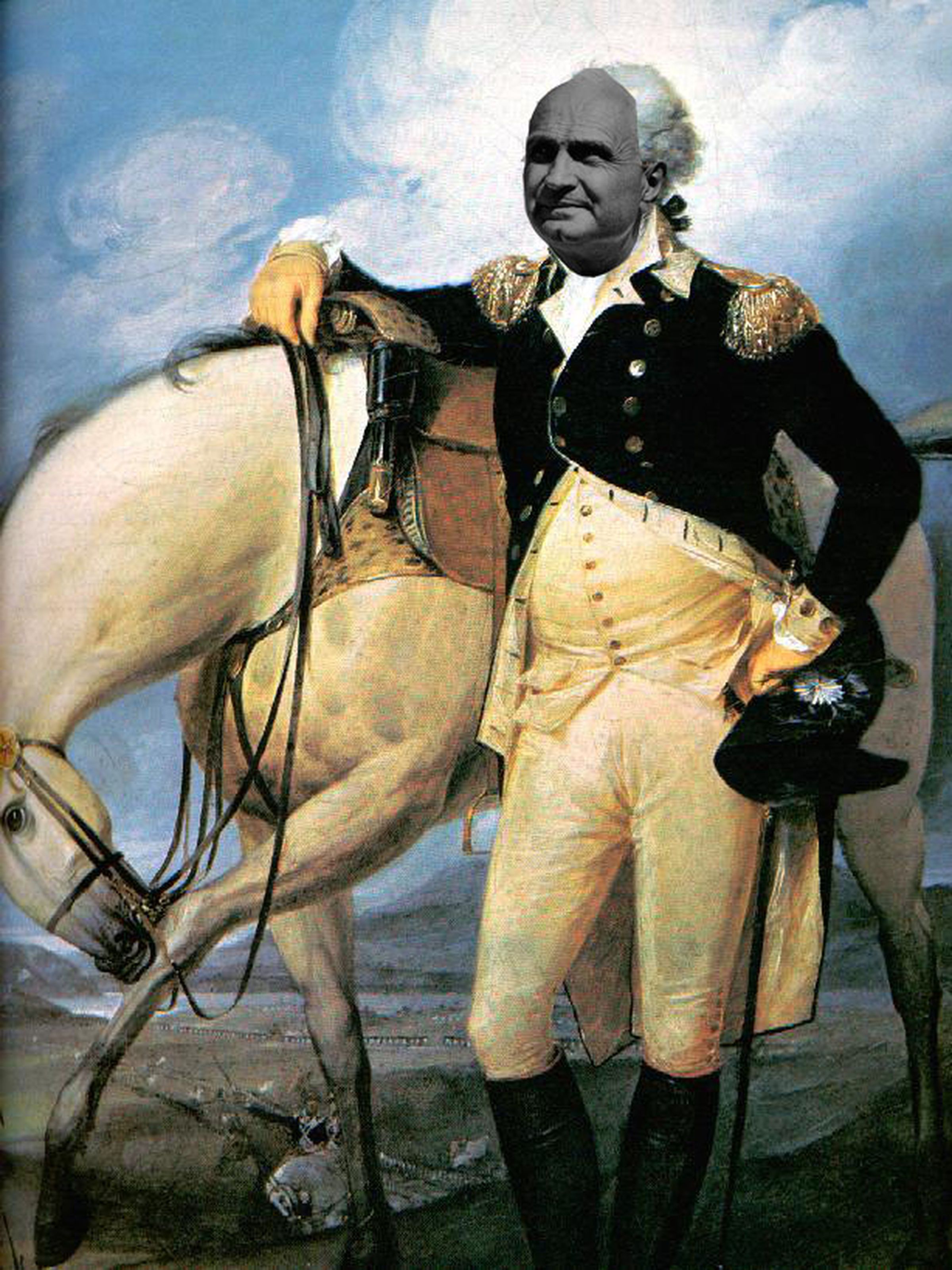 General Bernie would have made for a much better President, screwing over (the not yet existing) Iowa and Wisconsin, and instituting football as the national pastime decades before it was invented. Think about it (don't really).