Think the Teague situation is a sordid mess? Well in 1922 the first Athletics Director search at the U of M was weird too!

Doc Williams could bandage up players but couldn't save his own job after 20 years at the helm of Gopher football. Via MNHS.

After two down years in football the U of M alumni were fed up. They wanted major reforms. At the time the basketball coach, Dr. Cooke held an informal AD position at Minnesota, other schools in the 1920s such as Iowa, and Michigan had football coaches act as Athletic Director, but the stand alone position was relatively new and the alumni wanted one.

The alumni wrote up their demands and in a stunning move, the U of M listened to most of them. The alumni wanted a "Minnesota man to fix this Minnesota problem." Below is the text from the above article.

Directors of that organization and made public today in the Alumni Weekly. Never In the history of tho University has the Alumni come out with so determined a stand regarding athletics as in their official publication today. They condemn the present coaching system and ask a change in the "entire athletic system."

The alumni proposal is that the contracts in come cases might be renewed,but that they all be terminated In order that a new director of athletics, who, it is proposed, shall be Installed under the new system, may organize fill branches of sport with a free hand and with an entirely new set of coaches should he see fit.

Fire up the Athletic Director search!

Mr. Luehring, who, like Mr. Bez­dek, is an alumnus of the University of Chicago, was not favorably im­pressed with the situation at Minnesota. Mr. Bezdek apparently could not come to terms with* the joint committee, although lie said be was here merely to talk over the general athletic
upheaval at Minnesota, and was not a candidate for the position of either athletic director or football coach.

"I don't have to come to Minnesota looking for A job," said the former Maroon fullback- "I have one now better that Minnesota apparently can offer."

But to his friends Bezdek intimated that he was impressed with Minnesota, surprised at the size of the school and surprised at the real enthusiasm here to come out of the ruins and start anew. "Things appear to be in bad shape at the University of Minnesota," said Bezdek. "The worse conditions are, the Wetter I like it."

Bezdek, who left last night for Pen­nsylvania, had, little hope that he will return here- lie admitted that he had
been in conference with President Coffman for two days. While the coach of the undefeated Penn State gridiron eleven had little to say about his eastern contract, except that it was waiting for his signature, the salary stipulation is said to be in excess of $10,000.

Mr. Luehring, before departing for Lincoln, told friends that he was not favorably impressed- with Minnesota and doubted if he could be tempted to leave his present berth. "I have things in good shape in Nebraska now" he said, "and I like the school and the work. The situation at Minnesota looks pretty messy and I don't believe I
care to jump into the center of it." 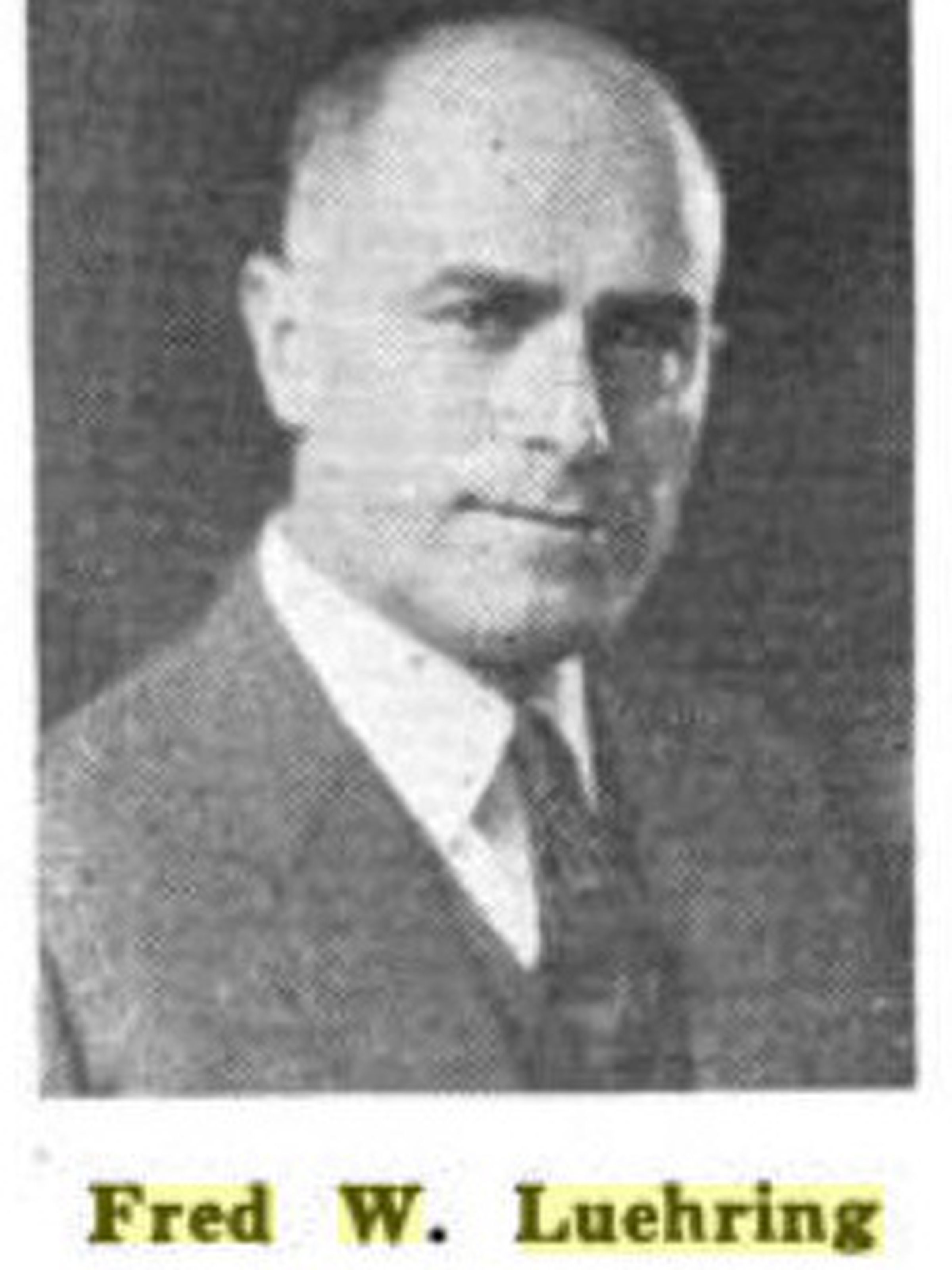 A week after badmouthing the U of M job Minnesota hired Luehring. He told the University of Nebraska as he was leaving that he took the Minnesota job because of it's 'bigger and better gymnasium.' Fred worked as Minnesota's first full time AD for eight years. He ended up rehiring all of the coaches the alumni wanted out, except for Doc Williams. Luehring's legacy is getting the funds together to build Memorial Stadium and aggressively campaigning for the University to get a golf course.

*@hipstergopher note: I started writing this thinking I'd do an overview of all of the Athletic Directors, now that this has gotten very long I'm cutting it off. But if you have any good stories about past AD's, who sucked, who kept us going I'd love to hear them.