The Mascot Hall of Fame is a great idea. Here's how it could be better.

We noticed a design flaw in the conceptual drawings that needs immediate resolution.

Share All sharing options for: The Mascot Hall of Fame is a great idea. Here's how it could be better.

This is an idea that is worth making a reality, once certain design issues are improved upon:

A new hall of fame celebrating the country's most famous sports mascots will soon begin construction less than 20 miles from Chicago, just over the Indiana border.

The city of Whiting, Ind., which two years ago announced plans to build a $20 million, 25,000-square-foot facility along Lake Michigan, now says it will break ground on the venue this fall with the goal of opening late next year.

Organizers have released renderings of the kid-friendly hall of fame's design (see them below) and predicted that it will draw at least 50,000 visitors a year.

The National Mascot Hall of Fame was created in 2005 and currently has 17 pro and college team members.

They also have some colorful drawings of what it could look like. In general they seem to show a museum an Indiana town I've never heard of should be proud to call their own. Except for one important problem which I have helpfully fixed for the NMHOF in the slider image below. Scroll the bar to the left to see the current design and to the right to see our much better design. 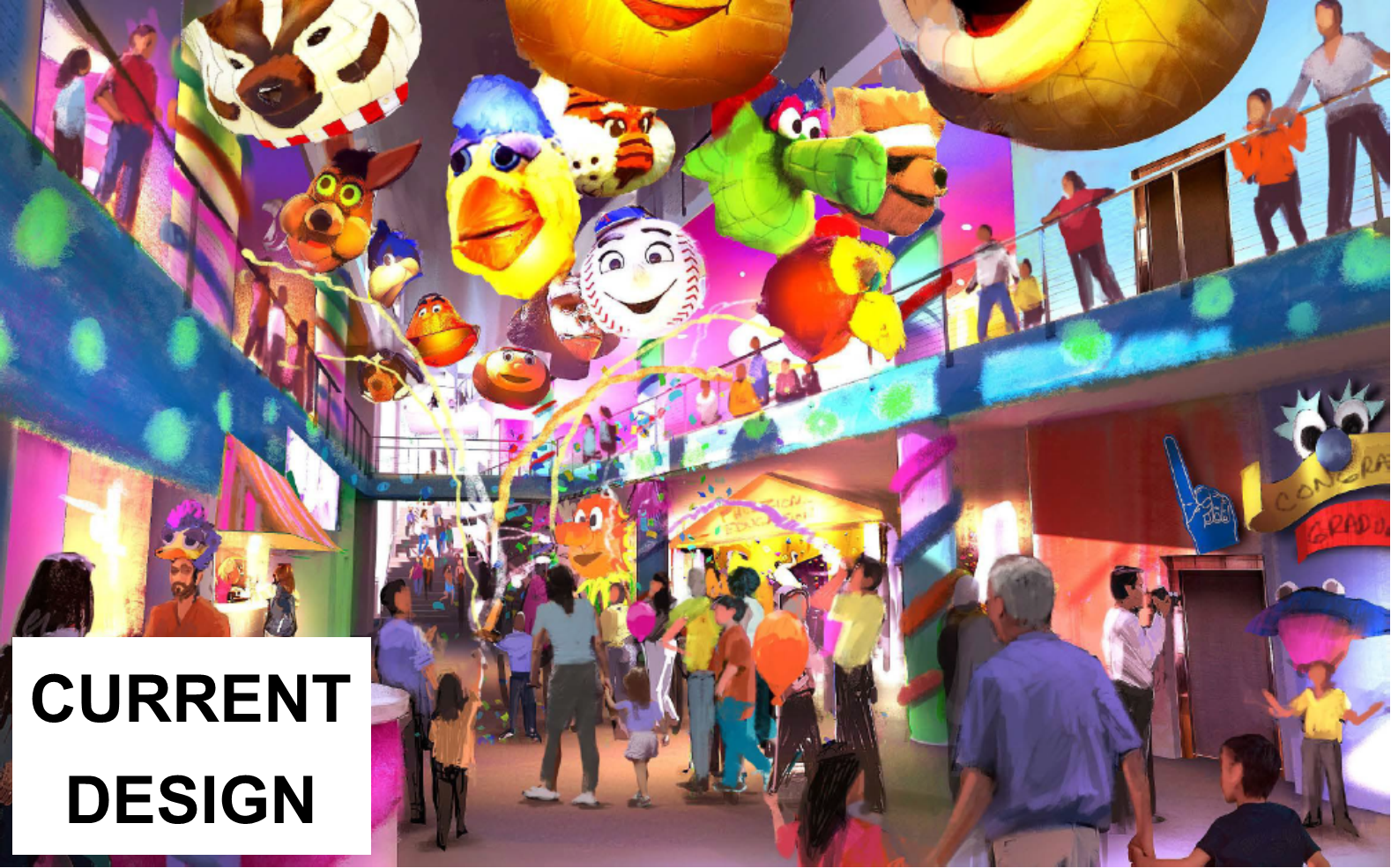 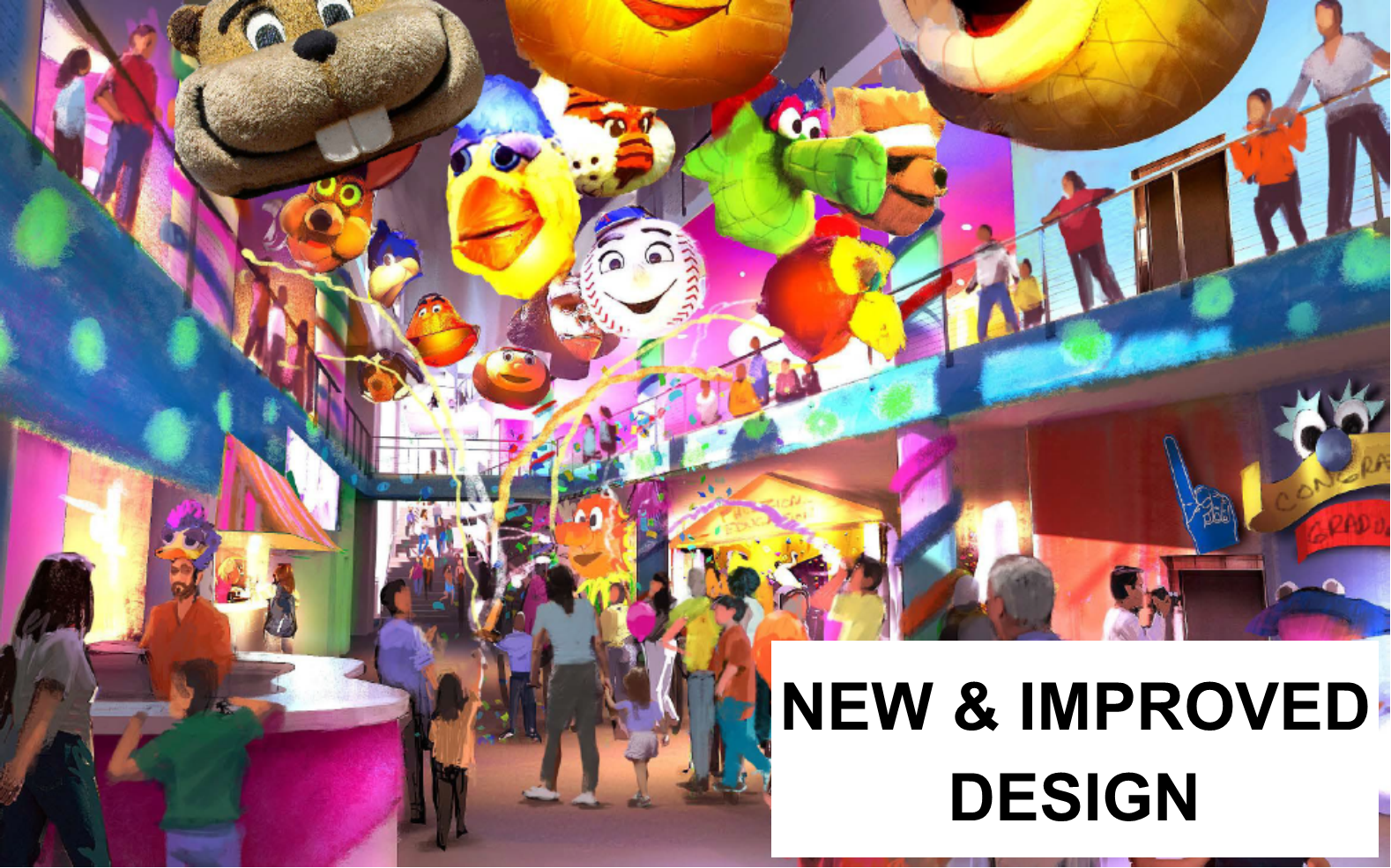 Since conceptual drawings never match the final product completely, I'm confident the Mascot HOF has plenty of time to rectify their error.